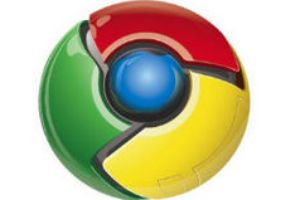 Google Chrome released as a beta version for Microsoft Windows in September 2008, and as a stable public release on December 11, 2008. Since then, the browser has seen many releases and expanded to multiple platform like Mac, Linux, Android and iOS.

Here are four favourite Chrome features on its fourth birthday.

Chrome Sign in lets you sign in with your Gmail ID, and have a consistent browsing experience across all your devices. So pick up any device and start from where you left off!

Incognito Mode - While private browsing existed before Chrome, Google's browser gave it a brand new name, and made it mainstream.

Web Store - Another first, Chrome made web apps "cool". From Angry Birds to more serious stuff, there's something for everyone!

Translate - With real time translators, Chrome simply translates the text in your language and makes sure you get the information you want.

Google Chrome became the most used web browser a few weeks ago and it achieved this milestone in less than four years of launch. Speed was always the USP of Chrome, but it wasn't the only prominent feature of this browser. Similar to Firefox, Chrome also supports extensions, but Google took support for extensions a bit further with the support for web apps. The company built the functionality of run application right in the browser with the help of HTML5.

Today, we are listing some of the very useful Chrome extensions and apps that will make your everyday life much easier.

Screen Capture: Every now and then we have to take screenshots of webpages (sometimes part of it, and sometimes full), and it is when Google-made Screen Capture comes into play. It's easy to use and can capture visible content of a tab, a region of a web page, or the whole page as a PNG image. You can even edit your captured image before saving it as a PNG image. Highlighting, redacting and adding text are supported.

Adblock Plus: Hate the advertisements popping all the over the web pages, then without any doubt this is the best Chrome extension for you. All you have to do is install it and voila, it works instantly without messing with any geeky stuff in the settings, however if you are a geek, you can always mess around with filters, whitelist domains and a lot more.
Comments