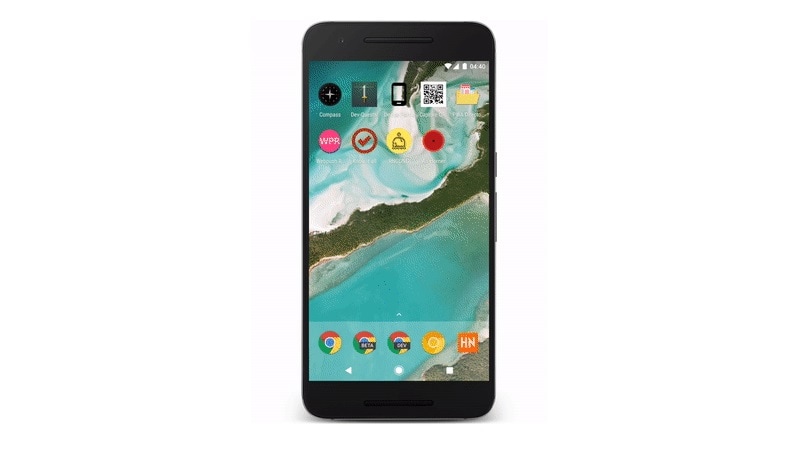 Google updated its Chrome browser with the ability to pin shortcuts to users' preferred sites directly to the home screen back in 2015 but the search giant is now planning to make these Web apps more integrated with Android than ever before. Google has announced that in "next few weeks" it will be releasing a new version of this feature, starting first with Chrome 57 beta.

With the new version, once users add a Progressive Web App to their home screen, they will appear in the app drawer section of the launcher and in the Android Settings, and will also be able to receive incoming intents from other apps, Google said in a Chromium blog post. Further, the search giant says that a long press on the notifications from these apps will show "normal Android notification management controls" rather than the controls for Chrome.

The Web apps currently don't show up in the same manner as installed native apps and Google says that developers have asked for their apps to show up in app drawer section of the launcher. "These differences can be confusing for users and prevent the experience from feeling as cohesive as it could," it added.

The new Add to Home Screen option will help transition the gap between native apps and Web apps, the company said in its blog, adding that similar functionality will be available from other browsers too, "This new Add to Home screen feature is one more step in our journey to empower developers to build the best possible experience for their users, and we are committed to ensuring the same mechanisms for installing Progressive Web Apps are available to all browsers on Android."

Notably, this new feature will be applicable only for Progressive Web Apps, which are required to follow certain guidelines. In the description for this particular type of apps, Google says, "Progressive Web Apps are installable and live on the users' home screen, without the need for an app store. They offer an immersive full screen experience with help from a web app manifest file and can even re-engage users with web push notifications."

In order to try the new feature, users will have to install Chrome Canary from Google Play and then open "chrome://flags" inside it, as pointed out in a report by AndroidPolice. Then they have to select Find in page option from the Chrome menu and search for #enable-improved-a2hs. Then users need to switch the option to Enabled, and restart their browser.