Chrome users on desktops have also received some interface-level tweaks. 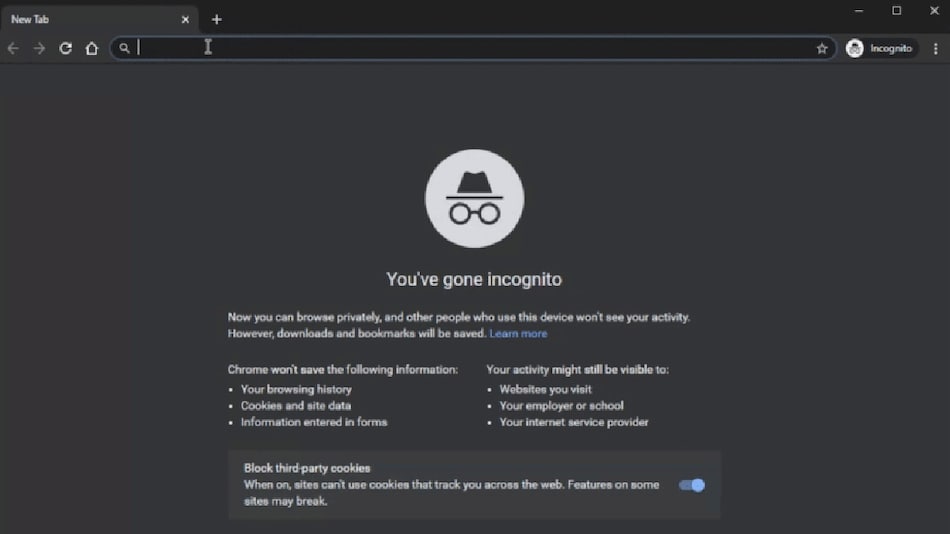 Google has released Chrome 83 as the latest version of its Web browser. The new Chrome version brings updated privacy controls as well as interface-level changes for Windows, macOS, Linux, Android, and iOS users. Specifically for desktop users, Google has redesigned privacy and security settings with simplified language and visuals. The new update also includes the features that were originally planned for Chrome 82, which Google cancelled due to the coronavirus pandemic.

For desktop users, Chrome 83 brings the redesigned privacy and security settings that offer you the options to block third-party cookies in regular or Incognito mode. There is also an option to block all cookies on some or all websites. Additionally, Google has reorganised the controls available under the “Site settings” title into two distinct sections. One of those sections will help you to find the permissions to access your location, camera, or microphone, and notifications. There is also a dedicated section to highlight the most recent permissions activity.

Google has also transformed the existing “People” section into “You and Google” that provides sync controls. The “Clear browsing data” control has also been moved to the top of the “Privacy and security” section to help delete browsing history with fewer clicks.

Desktops users have also received a new Safety check feature in the settings that will notify you if any of the passwords you've asked Chrome to remember has been compromised. The new feature also alerts users if Safe Browsing technology is turned off. You can also use this to check whether your Chrome browser is updated with the latest security features. The Safety check feature also tells you how and where to remove any malicious extensions that you've installed.

The updated Incognito mode will gradually roll out for all Chrome users, with initial arrival on desktop operating systems and on Android.

Upgraded security
Aside from the redesigned privacy and security settings, the updated Chrome browser has received an Enhanced Safe Browsing feature to provide more proactive, tailored protection from phishing, malware, and other Web-based threats.

“If you turn on Enhanced Safe Browsing, Chrome proactively checks whether pages and downloads are dangerous by sending information about them to Google Safe Browsing,” said AbdelKarim Mardini, Senior Product Manager, Chrome, in a blog post. “If you're signed in to Chrome, then Chrome and other Google apps you use (Gmail, Drive, etc.) will further protect you based on a holistic view of threats you encounter on the web and attacks against your Google Account.”

Google is also set to bring additional protections including tailored warnings for phishing sites and file downloads, and cross-product alerts to the Enhanced Safe Browsing feature over the next year.

Additionally, Chrome users have gotten the Secure DNS feature that uses the DNS-over-HTTPS (DoH) protocol to help prevent cyberattacks. It can be found by going to the Advanced section of the Privacy and security settings.

Chrome has also started blocking downloads via HTTP from the sites that use HTTPS protocol. The development was announced in February and is currently limited to executable file formats such as EXE and APK.

Interface changes
Chrome on desktop has also received some interface-level tweaks. One is a new puzzle icon that sits on the toolbar to let you access extensions. You can also click on the puzzle icon to make changes to the data extensions can access on sites you visit.

In addition to the icon to access extensions, Chrome 83 brings the anticipated tab grouping that lets you group different tabs together and label them with a custom name and colour. You can also move and reorder any of your previously grouped tabs. The new feature has been in testing for several months now, and it was also provided to beta testers recently. Moreover, it will be available on desktops running Chrome OS, Linux, macOS, and Windows.

Chrome users on Windows, macOS, Linux, and Chrome OS can check the fresh update by going to the Help > About Google Chrome option. However, Android and iOS users need to visit their respective app stores to download the new version. It is also important to note that Google hasn't provided any list of features available to Android and iOS users.

MIUI 12 Global Rollout Starts in June: Mi 9 Series, Redmi K20 Series Among First Phones to Get It
Apple TV+ Gets Into Licensing to Better Compete With Netflix, Amazon, Disney: Report