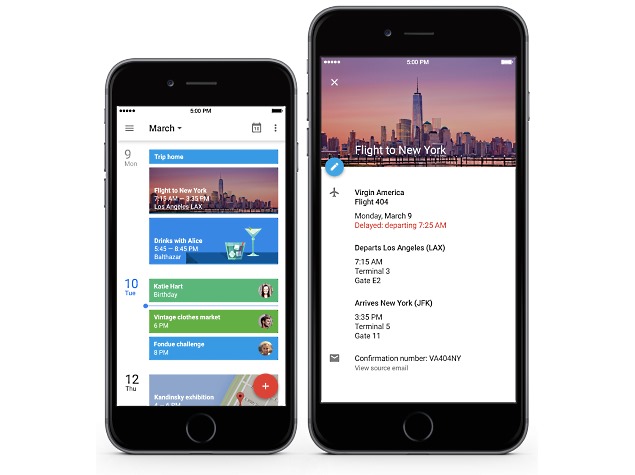 Google on Tuesday finally launched its Calendar app for iPhone. Last month, while announcing changes to the Google Calendar for Android, the company had noted the iPhone app was in development.

Google Calendar (version 1.0.2) for iPhone is available on App Store for devices running iOS 7.0 and higher versions. Just like the new Google Calendar on Android, the iPhone app can automatically turn emails into Calendar events. So if you get an email with place, time, date (not as attachment) then the Google Calendar saves it as event entry to remind you later. Users can also disable the feature.

Other than that, Google Calendar on iPhone also brings 'Assists', which make suggestions to save the user's time in creating events, and also the new Schedule View (for one day, three days and a week).

Last month, Google had updated the Calendar app for Android based on users' feedback. The updated Google Calendar changes included pinch-to-zoom and a 'Week' view along with '3 Day' and 'Day' view, which was earlier '5 Day' and 'Day' only. Additionally, the app added the ability to add Google Drive files to events, and even open them inside the app. Users can also control birthdays from Google+ that are shown in settings. Other changes included "a new option to show week numbers in settings," and "import .ics files sent to you in Gmail and other apps."

Meanwhile on Tuesday, Google released a new app named Interactive Events on Google Play. The app is still in the works and is currently in the dogfooding stage.