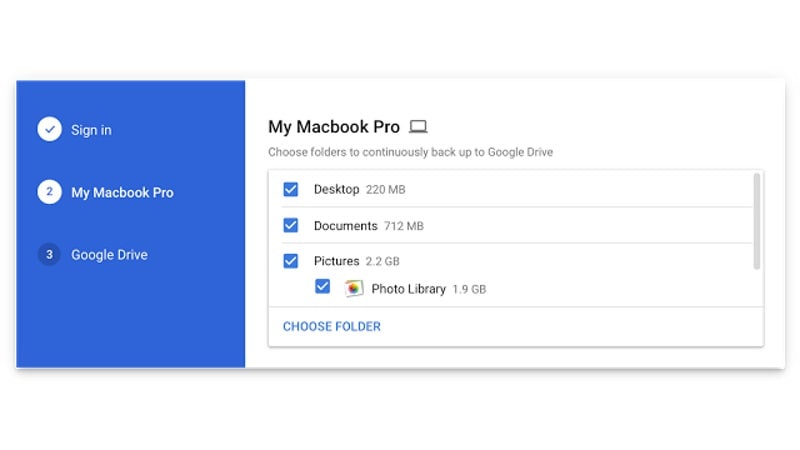 Google Drive is already a pretty handy tool for share files and documents across platforms but the search giant is now planning to turn it into an even more powerful backup tool. Google has announced that a version of Google Drive for Windows and Mac - called Backup and Sync - will be launched later this month, which will allow users to back up files and photos from their computers onto Google Drive.

If you are wondering how the new backup tool is different from the standard Google Drive desktop app, with Backup and Sync, users will be able to choose folders that they want to backup instead of having to place them inside the Drive folder. Notably, users will even be able to backup their entire PC with the new tool, which will be made available as an app on June 28.

Google says that the new Backup and Sync app for Google Drive is aimed at end users and will be available for download and upgrade from the aforementioned date.

"We recommend that our G Suite customers continue to use Drive for Mac/PC until our new enterprise-focused solution, Drive File Stream (currently in EAP), is made generally available to all G Suite Basic, Business, Enterprise, Education, and Nonprofit domains later this year. Drive File Stream will allow users to access huge corporate data sets without taking up the equivalent space on their hard drives," the search giant said in a blog post.

As Google wants G Suite customers to wait for Drive File Stream, it will not be automatically upgrading them directly to Backup and Sync. However, users from organisations that allow installation of Drive for Mac/ PC on computers will be able to download and upgrade to Backup and Sync.

Few other details related to Backup and Sync have been shared just yet, and Google says it will reveal more information when the tool is released.