You can now move your 2FA codes from your current phone to the another one without having to set up the whole thing again. 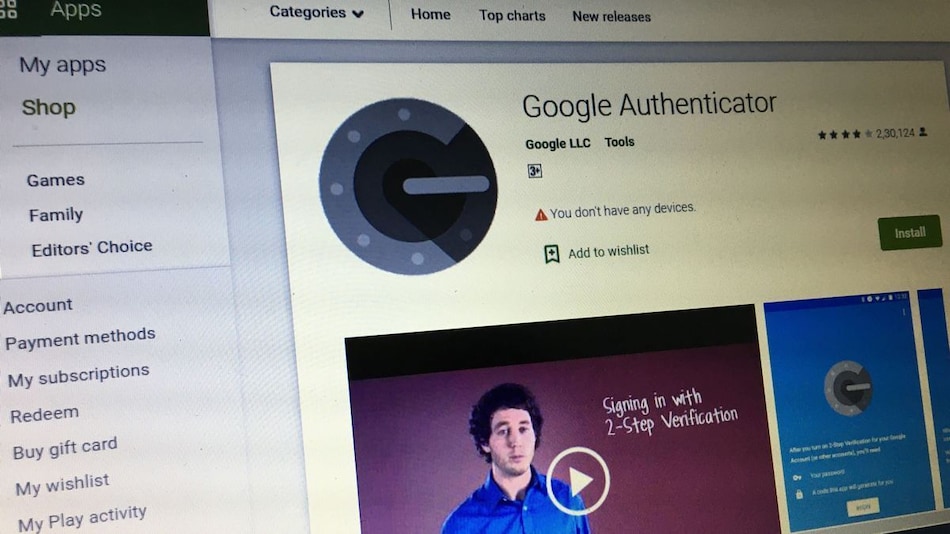 Google Authenticator has received visual changes as well with the update

Google has released an update for its Authenticator app to allow users to manage their account security keys easily while switching to a different phone. Google Authenticator version 5.10 on Android allows users to transfer their 2-step-verification (2SV) or two-factor authentication (2FA) codes from one phone to another. So far, if one migrated to a new phone, the person had to repeat the entire process of verifying and generating 2SV codes. Updates to the Google Authenticator app are not frequent on both Android and iOS.

Google said that with the new update Android users of the app will be able to move the codes easily between “two devices”. The company also mentioned that during the transfer, no data is sent to Google servers and there is direct communication between the devices.

Additionally, Google Authenticator has also received a revamped look. According to Android Police, the new update bring along support for aspect ratios of newer phones. The app also doesn't permit on-device captures for screenshots with sensitive data anymore. You also get a dark theme in the app and an import/ export option. Users who want to transfer their 2SV codes can use the export option and move the codes from one device to another using a QR code. The recipient device can use the import button to complete the transfer.

Google has emphasised that security is a “high priority” for them. It said that no data is sent to Google servers while the 2SV codes are transferred and that users are alerted to make them know that a transfer has taken place. However, in February there were reports in February saying that the Google Authenticator codes can allegedly be stolen by an Android Malware called “Cerberus”.