Google Assistant for iPhone Comes to India, the UK, Germany, and France 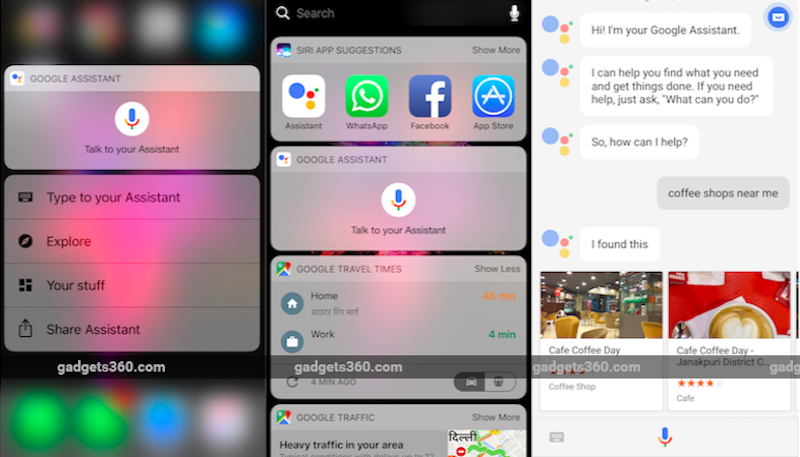 Months after launching the Google Assistant application for iPhone in the United States, Google on Saturday announced that the standalone assistant app would be rolling out for iPhone devices in the UK, Germany and France.

According to reports, users were unable to assign Google Assistant to the Home button in order to replace Siri, notes Engadget. However, they could add Google Assistant widget. Notably, the app is now available in India as well, with the same limitations as reported by other users.

Google Assistant utilises Google's search smarts, so it can help you find what you want faster. The company says the app is designed to operate on devices running iOS 9.1 and above which is likely to cover the majority of iPhone and iPad users. On its App Store listing, the app is listed to support French, German, Japanese, and Portuguese. In the iTunes app, it says the app is now available in the UK and India, confirming availability in the country.

The tech giant offers an Assistant widget that can be accessed from the widget panel of Apple's notification centre. It works as a next best option for having Assistant available from anywhere in iOS. We reviewed the iPhone app at launch in May, and noted that it can initiate calls, provide answers or translations, play games, fetch sports scores, set timers, look up stock prices, places nearby, or the definition of any word; get flight status, your next meeting, food nutrition, or the news; and remember little nuggets of information (such as your bike lock).

But, owing to Apple's baked-in restrictions, there's a lot it can also not do. For one, it can't talk to other apps like Siri can. Thanks to this, Assistant will always be more helpful on Android, with its deeper integration. And for as long as Siri gets priority override on the iPhone, Google Assistant can hang around on Apple's turf, but this will never be its true home.

Earlier this year, Google said its voice-powered digital assistant was available on more than 100 million devices.