Assistant will alert users to an incoming call, which can be answered or declined with voice

Google Assistant driving mode has started rolling out to more Android users in the US as an early preview. The new driving mode in Google Maps will help users accept/ reject calls via voice commands and have texts read out without leaving the navigation screen. The voice-forward dashboard, meant to be a replacement for the Android Auto app, was first unveiled by Google at its I/O developers conference last year and was spotted by some users in the Google Maps app a couple of months ago. However, the feature has officially started rolling out to more users now.

The Google Assistant driving mode is currently only available in English in the US, as announced by Google. It is available for phones running Android 9 or later with at least 4GB RAM. The Google Assistant driving mode in Google Maps, allows users to use voice commands to send text messages and also have them read out without leaving the navigation screen. Assistant will alert users to an incoming call, which can be answered or declined with voice. Content from services such as Google Podcasts, Spotify, and YouTube Music can also be streamed with voice commands.

To start with Google Assistant driving mode, users are required to begin navigating to a destination with Google Maps and tap on the prompt that appears to enable driving mode. Users can also go to Assistant settings and select Getting around > Driving mode. Google said that the new driving-friendly Assistant interface will help users get more things done while focusing on the road. 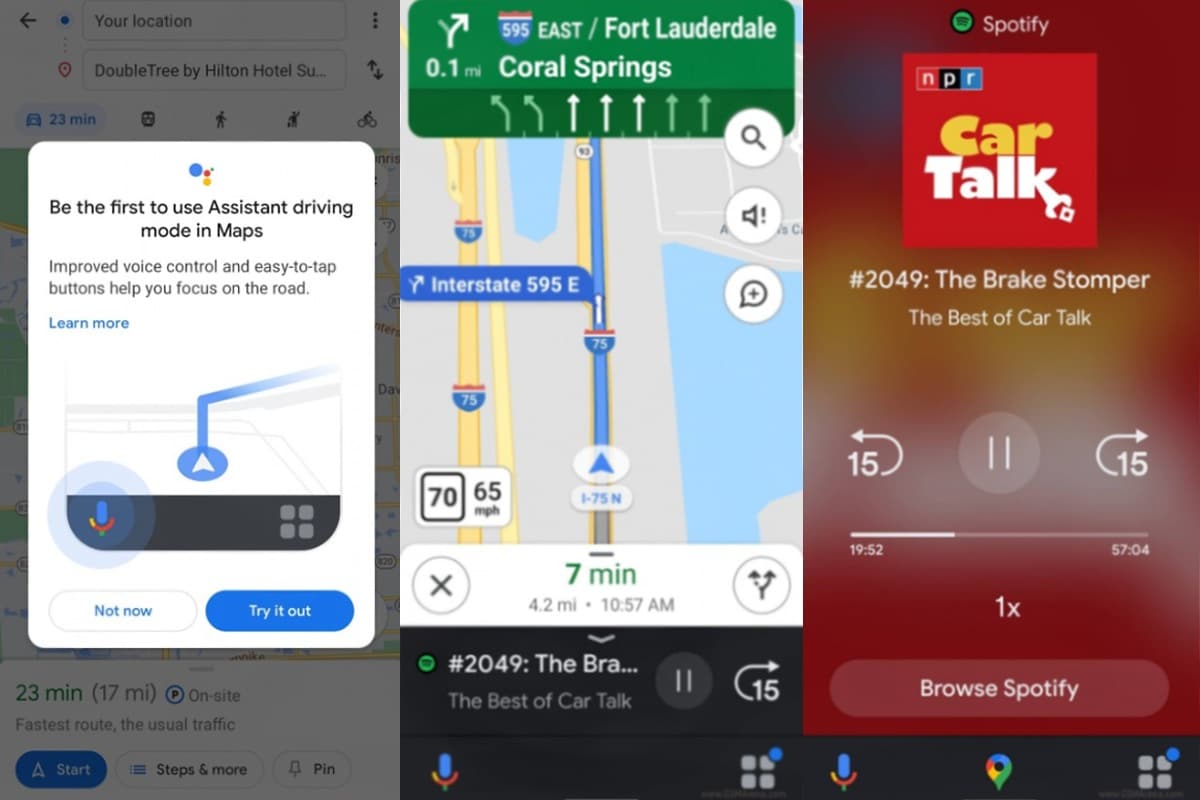 As per a report by GSMArena, which shared screenshots of the Assistant Driving mode in action, the new interface appears as soon as you start navigating and automatically enables Do Not Disturb. Phone calls reportedly don't take up the entire screen, so you can keep your eyes on the map without much difficulty. It adds that the new driving mode is similar to a version of Android Auto fused into Google Maps, with an added emphasis on Google Assistant. To recall, it was first spotted in testing in Google Maps back in October.

Further reading: Google Assistant driving mode, Google Assistant, Google, Android, Google Maps
Tanishka Sodhi Email Tanishka
Tanishka Sodhi is a sub-editor at Gadgets 360. As a journalist, she has covered education, culture, and media and mental health. She is interested in the intersection of technology and culture, and its impact on everyday lives. Tanishka is a staunch advocate of gender equality, and the correct use of commas. You can get in touch with her via Twitter at @tanishka_s2 or drop a mail at tanishkas@ndtv.com. More
Asus ZenBook, Asus VivoBook Models With 11th-Gen Intel Tiger Lake CPUs Launched in India