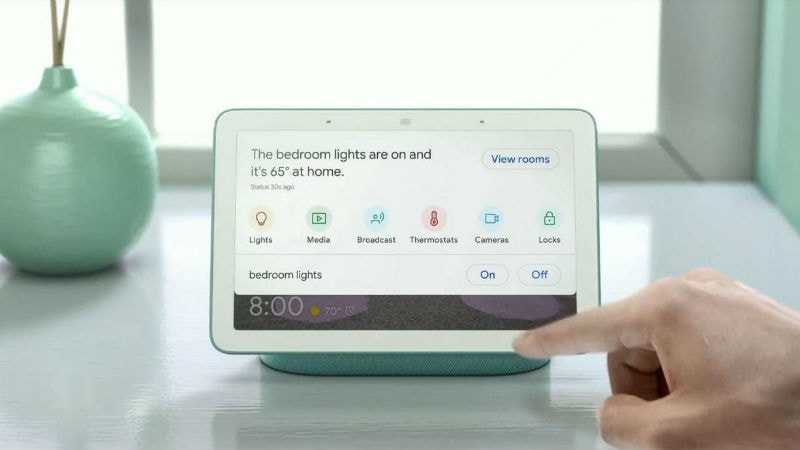 Google Assistant is getting several new features across its lineup of smart displays and smartphones. The tech giant, at its Made by Google event, launched new hardware but did not reveal too many updates about the Google Assistant that will power them. The company has now announced a bunch of new Assistant features that will be rolled out soon. At the Pixel launch event earlier this week, Google previewed Digital Wellbeing features such as Downtime and Filters. As per the latest announcement, these features will come to all Smart Displays and Assistant speakers. Similarly, Google also announced that new Home Hub features such as Home View and Live Albums will arrive on all existing Smart Displays, which will also get the multi-room audio feature. In terms of smartphones, Google has announced that the Assistant will soon be accessible from the lock screens of Android smartphones.

You will now get the Google Assistant in the lockscreen, Google notes in a blog. You will be able to opt for it in the phone's Assistant settings. The virtual assistant will be able to respond to queries like "Hey Google, what's next on my calendar?" without unlocking your smartphone every time. The feature is coming only to Android smartphones, and will be powered by Voice Match recognition technology to keep unwanted users out of users' phones, Venture Beat reported, citing a Google spokesperson. The report added that Assistant lock screen access will let users schedule alarms or timers, create reminders, find information about nearby restaurants, or answer personalised questions about calendars and commutes. This new feature builds on a recent Google Assistant visual redesign that brought bigger visuals, new controls, and more.

Previewed at the Made by Google event with the Home Hub, Google has now announced some new features that will also roll out to the entire portfolio of Smart Displays over the next few weeks. First up is multi-room audio, which lets users add their Smart Display to a speaker and play music around the house. Next is Live Albums from Google Photos. It comes with an Ambient Mode that Google claims will showcase the best images of "your favourite people and pets" without the need to personally curate them. It only picks up the best images for the Smart Display, leaving out other images like receipts, screenshots, duplicates, and blurry or sensitive photos. If you have a Nest Hello Doorbell, Google says your Smart Display will now show who is at the door when someone rings. It will also allow users to send quick responses.

Also, with Home View, users will be able to see and control all the smart home devices in a dashboard by swiping down from the top edge of your Smart Display. Users get universal controls to power devices on and off, adjust playback/ volume, and browse a visual channel guide on their Smart Display units. As of now, TVs from brands like Hisense, Philips, Sharp, Sony, Vizio, Xiaomi; set-top boxes from Dish, Foxtel, Nvidia Shield, Sling, Vodafone, as well as Denon speakers, Logitech Harmony smart remotes can be accessed.

Google says that its new smartphones, smart speakers, and Smart Displays come with Digital Wellbeing built-in. It provides users with the tools that help in balancing time and activities on these devices. Smart Display or a smart speaker users will soon get the new feature. To access it, you will have to open the Google Home app on your smartphone, where you will see a new 'Filters' setting that will allow you to easily manage digital activities. There is a Downtime feature as well that will help you create a schedule that will block the device between certain hours.

Pixel 3 and other smartphones will be getting Digital Wellbeing features. you'll be able to ask the Assistant to "Set wind down for 10pm" and the Google Assistant will gently transition your display to a greyscale screen. Or, you can ask "How much time have I spent on my phone today" to keep track of your time spent on the phone.

Google has noted that the major update will start rolling out in the next few weeks to the JBL Link View and Lenovo Smart Display, and also another LG offering that will be announced later this year.