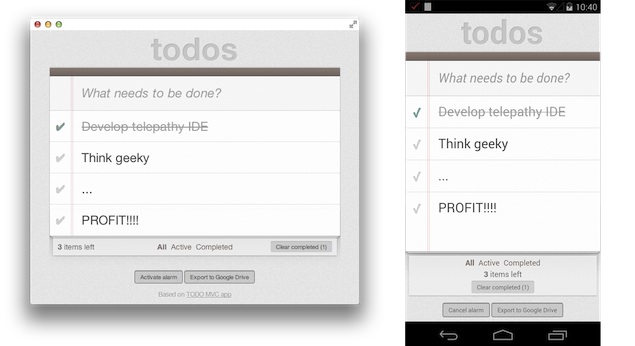 Back in December, Google was reportedly working on a tool that would allow developers to bring their Chrome apps to mobile devices. Google has now officially announced that Chrome apps can indeed be easily ported to work on Android and iOS, using a tool based on Apache Cordova, and has released a developer preview of the 'toolchain'.

Apache Cordova is an open-source mobile development framework for building native mobile apps using HTML, CSS and JavaScript. It essentially packages the Chrome App in a native application shell. The tool should allow Chrome apps developers to port and send their apps to the Google Play and the Apple iTunes app stores for distribution.

The Chromium blog details the news, wherein Andrew Grieve, Software Engineer and WebView Wrangler, writes that one can run Chrome apps on devices using the command-line or an IDE. Developers can also use the Chrome apps Developer Tool to run an app on an Android Device without the need to install IDE or the mobile platform's SDK, the blog stated.

Grieve further wrote, "We've made many of the core Chrome APIs available to Chrome apps running natively on mobile. For web developers, this toolchain provides a simple workflow for extending the reach of Chrome apps to users on mobile platforms. The toolchain is in developer preview mode, and we expect to continually improve it based on your feedback."

It will be interesting to see just how Chrome apps developers embrace the new porting tool for their apps. We do wonder just how useful the Chrome apps would be on mobile devices like smartphones and tablets however, initially designed for either browser-based functionality, or more recently, as native, offline desktop app
Comments