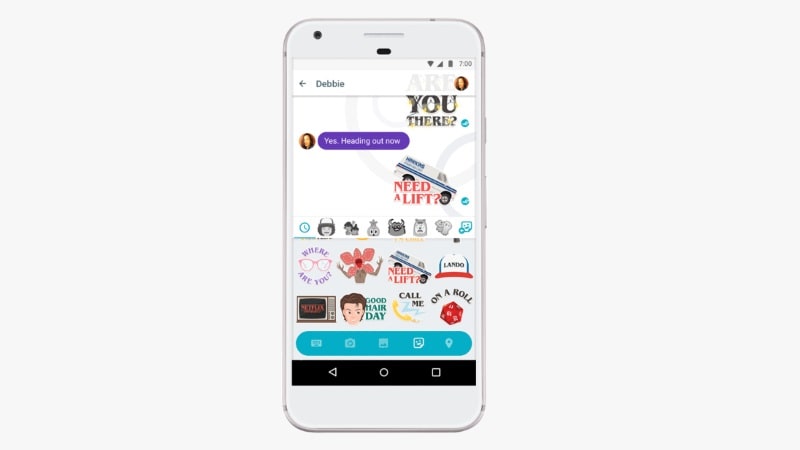 If you are not living on a secluded island in middle of nowhere, you might have heard about the Netflix show named 'Stranger Things' in last few months. The thriller TV series set in 80s with supernatural elements has captured the imagination of audiences around the world since its release in July. The theme for this year's Halloween is likely to be influenced heavily by the show and in order to make use of the show's success, many companies are expected to associate themselves with Stranger Things.

The first in line seems to be Google, as the search giant has now announced its partnership with Netflix to bring stickers from the show to its Allo app for Halloween. The stickers, 24 in total, include the show's cast and some famous catchphrases that are likely to add some interesting flavour to your conversations. Next time your friend makes a mistake, instead of calling them stupid yourself, you can just let Eleven call them a "mouth-breather" for you.

For all the Barb fans out there, unlike her friends in first season, Allo has not forgotten her as there is a dedicated sticker for the character in the pack. Then there are other stickers for Demogorgon, the famous kids squad, and everybody's favourite Dustin. The stickers mostly include some references from the show and will likely cause many giggles this Halloween.

The Stranger Things sticker pack is available for both Android and iOS, a special that's been timed around Halloween. In order to get the pack, users need to head to the sticker section inside any conversation and select the add option. Then they can select the Stranger Things pack from the 'Browse All' tab. Now, you can go ahead and try to add that much-needed spooky flavour to your conversations with the help of these stickers from Stranger Things.

In the meanwhile, 9to5Google tore down the recently released Allo 2.0 app, which brought splitscreen multitasking, app shortcuts, gif keyboard, and quick replies to the app. The teardown revealed that the company would soon introduce a theme picker. Users would be asked to choose a theme every time a user starts a new conversation, and the theme can be changed at any point as well. Themes spotted so far include Moon, Sorbet, and Clouds. Currently, users can access a single Theme called 'Monochrome', via General Settings.