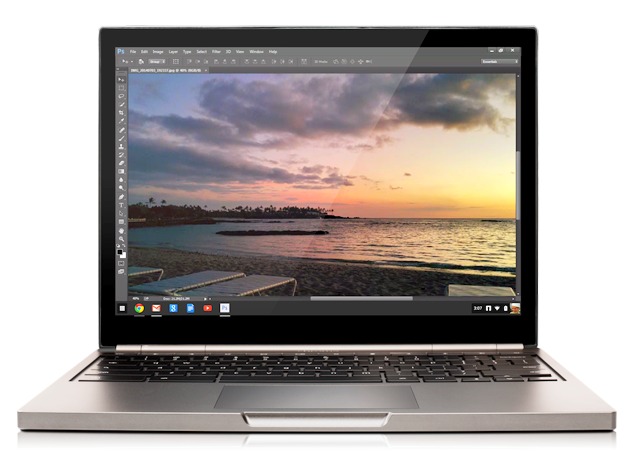 Adobe has collaborated with Google to introduce its Creative Cloud Suite to Chromebooks, starting with Project Photoshop Streaming. The beta version will be available for the US customers followed by other regions. The service will first reach to Adobe education customers who have the Creative Cloud membership.

Project Photoshop Streaming, as the name indicates, gives Photoshop access to Chromebook users via the cloud. The streaming app also works with Google Drive files, letting users edit and work directly on the cloud without downloading and re-uploading files on every system, according to the Google Chrome blog post.

Google described the streaming version of the app for Chromebooks on its blog post, saying, "This streaming version of Photoshop is designed to run straight from the cloud to your Chromebook. It's always up-to-date and fully integrated with Google Drive, so there's no need to download and re-upload files-just save your art directly from Photoshop to the cloud. For IT administrators, it's easy to manage, with no long client installation and one-click deployment to your team's Chromebooks."

The streaming version of the Photoshop misses out on certain features, which have been listed on the Adobe's website. These features will be included later. 9to5Mac, which first reported the Adobe-Google collaboration, also added that input devices like scanners, audio, and printing are also not currently supported by the version.