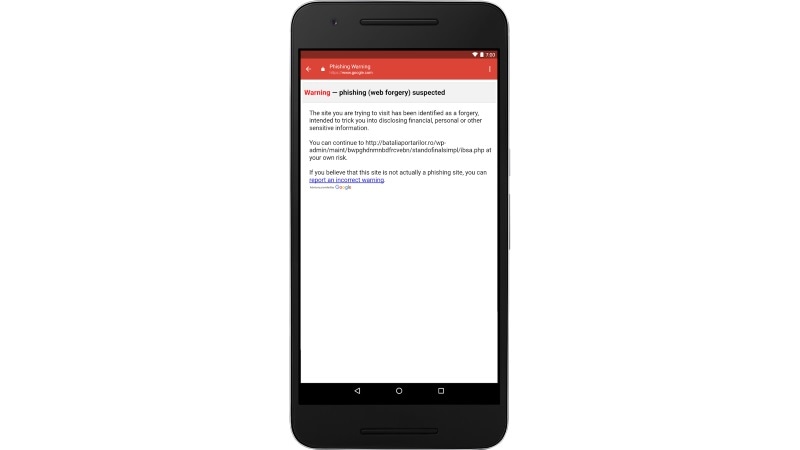 In order to increase security offered through Gmail, Google has now introduced anti-phishing security checks for Android version of its app that will warn users against opening suspicious links. Incidentally, this move from the company on the same day that a phishing scam spread widely on Wednesday and tricked people with what appeared to be Google Docs links inside Gmail.

With this new feature, Gmail email client for Android will now show a warning prompt to keep users' account safe when they click on links that are deemed suspicious by the app, the company said in a post. Google has clarified that all the affected mails might not necessarily be dangerous and this step has been taken just to make users more aware about the links that they are about to open.

The search giant says that the Gmail for Android's new security feature will be rolled out gradually to all users and can potentially take longer than 3 days for everyone to see the feature.

Earlier today, reports emerged about a Google Docs phishing scam that used a deceptive email to get people to open the links to malicious code that wriggled into their messaging programs and proceeds on to spread itself to others, according to the explanation by Electronic Frontier Foundation staff technologist Cooper Quintin.

While Google already announced earlier that the company has disabled the offending accounts that were associated with the phishing scam, the new feature will definitely serve users in a longer run and ensure that they don't end up opening links that will sacrifice their device's security.

Surface Phone? Possible, as Microsoft CEO Says the Company Hasn't Given Up on Mobiles Just Yet
Stephen Hawking Says Humans Have Only 100 Years to Leave the Earth