The Dark Mode activates sporadically in Gmail, and is seen only in Settings menu. 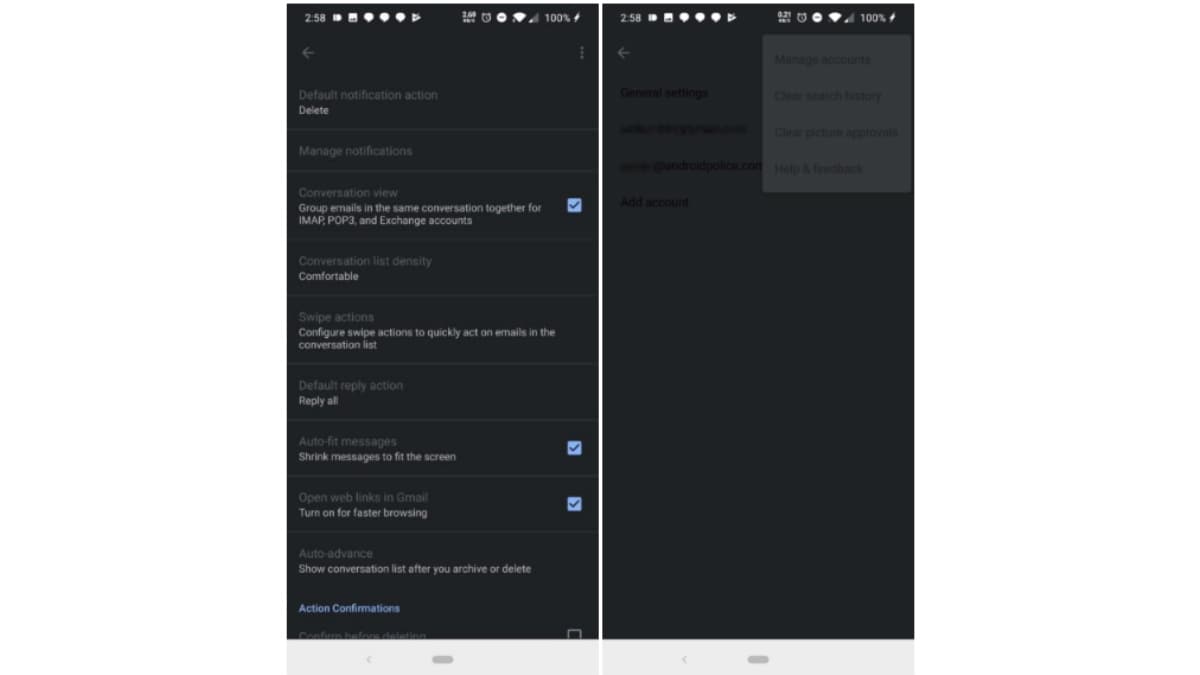 Dark Mode has become an increasingly appeasing feature among smartphone users, and popular apps like Facebook Messenger and Google Chrome have already introduced it. WhatsApp is working on bringing the feature as well, and now Gmail has also been spotted with Dark Mode. The latest APK has revealed that Google is working on Dark Mode for Gmail as well, and the new grey interface was spotted in Settings. The new mode activates sporadically, and is only seen in Settings, while the main Inbox page and the side menu continue to remain white.

Android Police spotted the new Dark Mode in latest Gmail version 2019.06.09 for Android, released on Thursday. There is no toggle available to switch to the new mode, but it seems to activate on its own at random. The new Dark Mode is only seen in the Settings menu, and doesn't activate in the main window or even the side bar.

Because dark mode isn't active app-wide, it may still be a while before it is launched officially. Nevertheless, short glimpses like these give us faith that it is indeed incoming. While the new version is rolling out to some users via Google Play, you can sideload the Gmail v2019.06.09 APK via APK Mirror to catch a glimpse of Dark Mode yourself.

Google recently also announced that it will start rolling out the dynamic email feature to all Gmail and G Suite users from July 2. The feature is currently available in beta, and the Dynamic emails feature will allow companies to add interactive content inside their emails and let users perform actions such as RSVP for events, fill out simple forms, etc. These will also allow Google Docs users to see comments posts on a document directly in Gmail instead of separate email alerts.