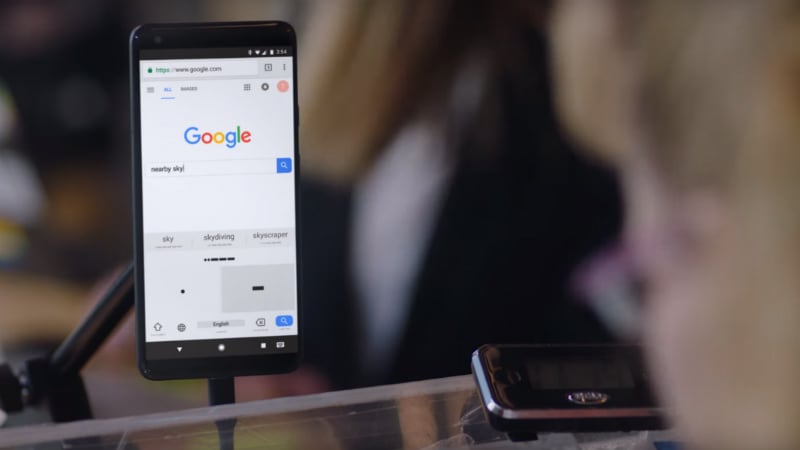 Google is bringing Morse code input support to Gboard, giving those with different communication abilities another option when it comes to text input. At I/O 2018, the search giant highlighted the new development and revealed the partnership with developer Tania Finlayson who prior to the development, used Morse code to communicate with a device of her husband's invention. Gboard's Morse code input feature is initially available in beta for Android devices.

As previewed in a video, Finlayson normally communicated with her head movements, with cerebral palsy preventing the use of her limbs or voice. These movements are translated into Morse code and then into speech using a special device. The device, which was developed by Finlayson's husband, includes two switches that record short and long signals that are later converted into speech. However, carrying such a device around all the time isn't convenient. Google, therefore, brought Morse code to Gboard to give a handy solution.

"I'm very excited that Gboard now has a Morse keyboard that allows for switch-access, with various settings to accommodate more people's unique needs," said Finlayson in a blog post.

To get Morse code, you need to download the latest Gboard beta on your Android device. It is also worth noting here that the feature is available for US English on devices running Android 5.0 and later. Once you have the latest Gboard beta, go to System > Languages & input > Virtual keyboard > Gboard > Languages > English (US) and then swipe left through the options and pick the Morse code option. You can also hear sound feed as you enter Morse code on your screen by turning on the Sound on keypress option.

In addition to Morse code on Gboard, Google has offered a Morse typing trainer that lets people start learning the way to communicate using Morse code. There is also printable and open source version of pictographs used in the trainer as well as a text-to-speech app that works with Morse code. All these experiments are likely to expand the use cases of Morse code and make communication easier.