Gboard - the Google Keyboard app has received an update on the Android beta channel that brings the Make a GIF option, which had launched for iOS back in January this year. The Make a GIF feature lets users capture up to 3-second-long videos, complete with a few preset filters you can to add on top. The resultant GIF images can later be reused elsewhere - wherever GIFs via Gboard are supported, such as WhatsApp or Allo.

The Make a GIF feature is available in Gboard for Android v7.2.4.195258971 beta, and this can be downloaded by becoming a part of the Gboard beta testing programme on Google Play or via APK Mirror, from where you'll have to sideload the app. Android Police reports that not all Gboard for Android v7.2.4.195258971 users are seeing the feature, and it may be available on select devices. We were able to use it on a OnePlus 5 running Android 8.1 Oreo. 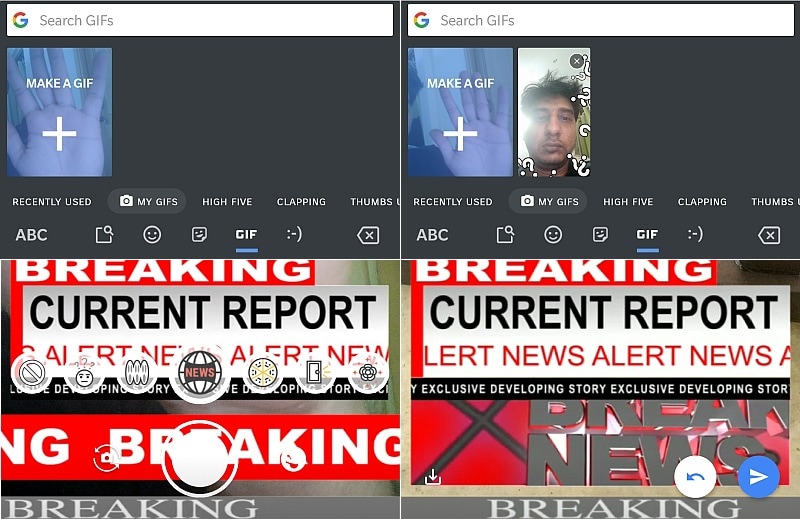 To use the Make a GIF feature, tap on the G or Emoji symbol, and then tap on the GIFs tab. Here, you will see the new My GIFs tab, and there a Make a GIF button is visible. Once you tap it, you'll have to give Gboard permission to use the smartphone's camera to record photos and video, and then it will open up a camera interface with a few filter presets you can add. We hope that the list of presets increase with time, as it's just a small number now. You can choose to send the GIF in whichever messaging app you were in, or, you could tap the download button to save without sharing. It's also here, in the My GIFs tab that the GIF images you've made and sent with Gboard in the past will appear. 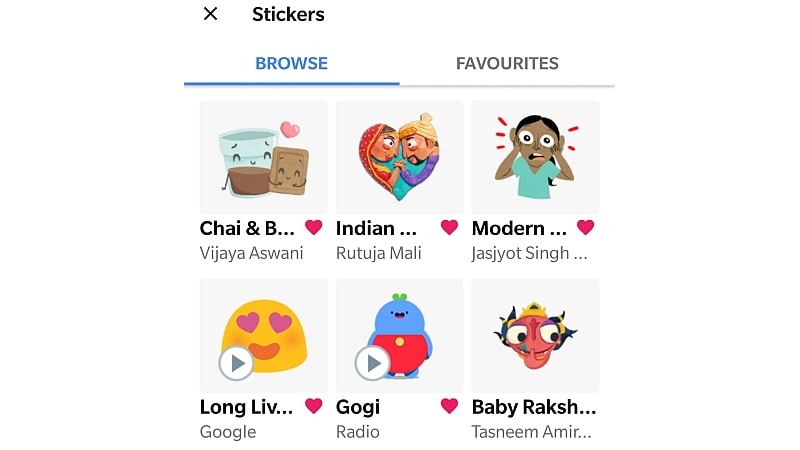 Alongside, the Gboard for Android v7.2.4.195258971 beta brings a new Sticker gallery, accessed via the + symbol in the Stickers tab. This gallery interface looks very similar to what Google offers on Allo. Android Police speculates that this may be a way Google continues to use the stickers it had offered in Allo, with development for the messaging app now on hold. A wider rollout of the Sticker gallery and Make a GIF feature can be expected in the coming weeks.