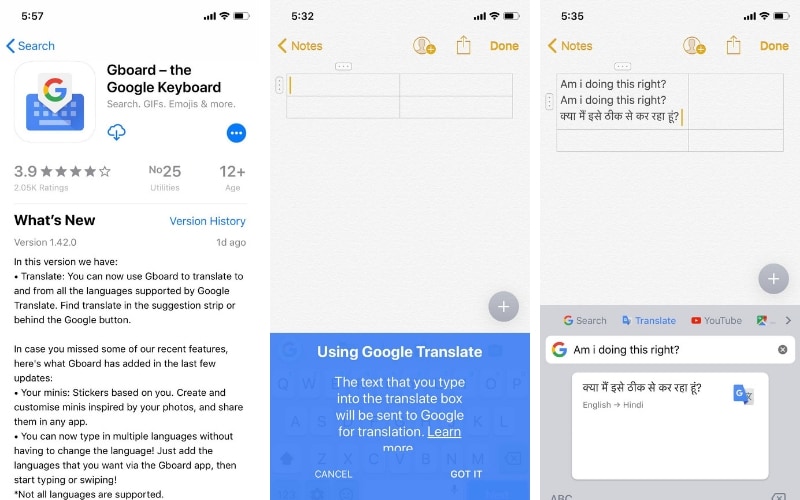 Gboard for iOS update is now available in App Store

Google has finally released an update for its Gboard app on iOS, which brings the translation support to the keyboard app. Translate support has been present in the Android counterpart of the app for over two years now. With the latest update, iPhone and iPad users will be able to translate to and from over 100 languages as they type. The updated Gboard app is now available in Apple's App Store and offers a number of other features that are not available in the stock Apple keyboard, including glide typing.

As per a changelog shared on App Store, the users can now translate between all the languages supported by Google Translate right inside the Gboard for iOS app. According to Google Translate website, it supports a total of 103 languages. Apart from the instant translation support, there are no other changes in the latest version of Gboard.

How to use translate on Gboard for iOS