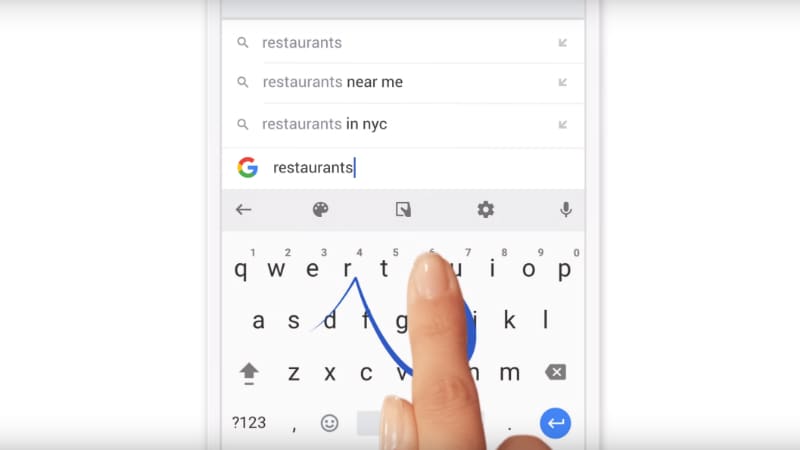 Google has acknowledged the bug affecting glide typing on Gboard

Gboard's glide typing feature is broken for some users on Android. The feature, as its name suggests, enables users to type words by sliding their finger on the screen instead of pressing each key. This works similar to how swipe-to-type feature comes with Microsoft's SwiftKey keyboard. However, instead of enabling accurate typing through swiping gestures, some users have reported that the resultant word doesn't match up with the letters they swipe typed. Google has acknowledged the issue and said that rebooting the device or force stopping the Gboard app will permanently fix it.

A large number of affected users have reported on the issue in multiple Reddit posts. While the glide type feature still works, the affected users noted that due to the bug, the Gboard app shows inaccurate results once they glide type. "It seems like my glide typing is all messed up, the words it thinks I'm typing are all off," one of the users reports. Some users have highlighted that the issue persists irrespective of the hardware and even on Google Pixel XL and Pixel 2. Notably, we weren't able to spot the bug on any of our Android devices.

Google, in a statement to 9to5Google, said that they're aware of the bug that "affects glide typing accuracy in Gboard" and to permanently fix the problem, users need to reboot the device or force stop the Gboard app. It appears that the issue was due to a server-side bug that the search giant has fixed after hearing user reports.