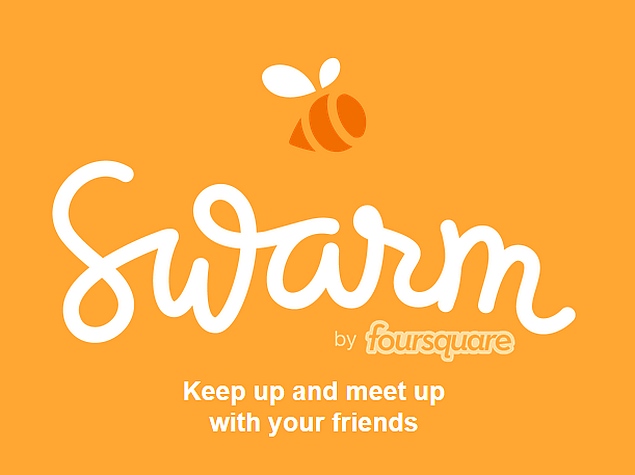 Foursquare has been officially split into two different apps (Foursquare + Swarm), offering separate location discovery and check-in based social features that were till now stacked inside the single app. The new Swarm will be made available for Android, iOS and Windows Phone users in the coming weeks.

While location-discovery and sharing app will retain the name 'Foursquare', the friend-focussed social app has been dubbed 'Swarm'. In this latest division, Swarm app would be offering a quick way to check-in, find friends who are nearby, let users contact them and plan for later, and share what the users are up to.

"We built Swarm because you've told us how often you still have to text your friends: 'where are you?' and 'what you up to later?' We wanted to build a quick way for you to know these two things for all of your friends," stated the official Foursquare blog post.

The Swarm app for Android and iOS users will be available to download in the coming weeks with exact dates not yet known. The app will also reach Windows Phone afterwards. Interested users can sign up at swarmapp.com for the latest updates.

With the introduction of the Swarm app for all the major mobile OS platforms, the location-discovery Foursquare would also be getting a makeover in terms of search feature and is said to provide answers to queries like 'give me a great date dinner spot' and not only 'tell me the nearest gas station.' The firm is almost finished with this new discovery-focussed Foursquare app version and would roll-out the same this summer.

"Our company has always been about helping you keep up and meet up with their friends, and discover great places. Our two new, unbundled apps are designed to do that for everyone. Swarm is for people who want the fastest and easiest way to connect with their friends. Foursquare is for explorers who want to know about the best spots, and to share what they've found with others. The two apps have been built to work seamlessly together... and we can't wait until both apps are in your hands."