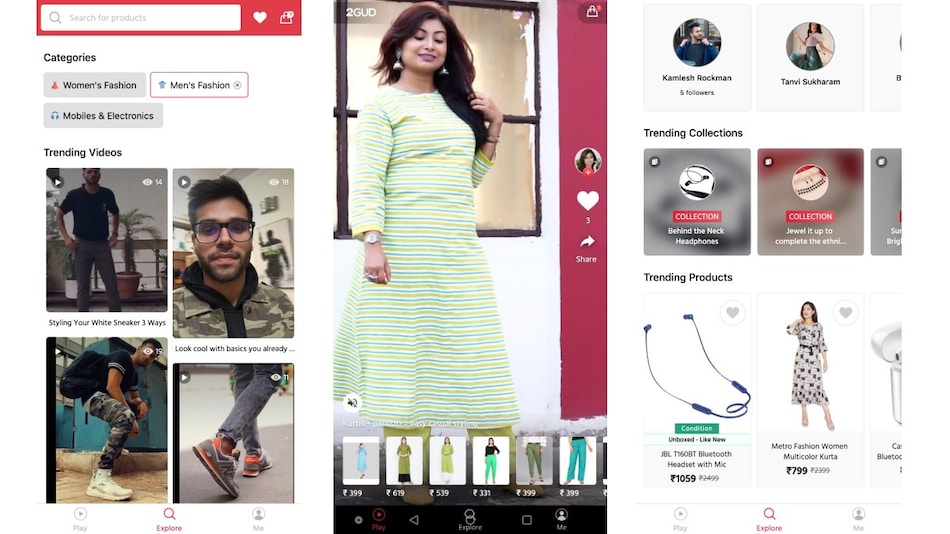 Flipkart has announced the launch of social commerce on its refurbished goods platform, 2GUD. Made available to all app users, the new feature will allow customers to experience uninterrupted video shopping. Users can now follow digital influencers and keep a tab on latest fashion trends, gadget reviews, beauty tips and more. The video feed is populated by several influencers hand-picked by the brand across different categories and topics. When launched in 2018, 2GUD was touted to be Flipkart's first foray into the refurbished goods market.

Users can follow different influencers on the app, who will curate products of their choice as part of a collection in the virtual store. While the videos allow influencers to showcase their selections across categories, customers can purchase any product featured on the videos, without having to move away from the interface, facilitating a seamless content-to-commerce experience.

Flipkart believes that often consumers face “trust and style deficits” while shopping online. Recommendations from an influencer play a critical role in helping the customer make a choice. “Influencers are changing the landscape of online retail and bringing greater opportunities for social commerce platforms in India. With millions of followers across the country, they have the potential to impact consumer's buying decisions,” said Chanakya Gupta, Head of 2GUD at Flipkart.

“We have specially curated a set of influencers who are best positioned to understand our target audience and help them through their buying decisions on the platform.”

Flipkart said in a statement that social commerce accounts for up to 20 percent of the online retail market, which is expected to hit the $70 billion (roughly Rs. 5.26 lakh crores) mark in the coming decade. 2GUD aims to tap into the growing market of first-time internet users, particularly from tier 2 and tier 3 cities.

While the social commerce feature is currently launched on the app, 2GUD plans to expand the feature to their website as well. Launched in 2018, the shopping platform presently caters to over a million customers across over 15,000 pin codes in the country, offering product options from more than 600 verticals.

Realme C11 India Launch Teased by Company as 'Next Addition' in C-Series
Facebook Self Regulation Not Enough, Insists Germany