Firefox 58 Released With Improved Graphics Engine on Desktop, Support for PWA on Android 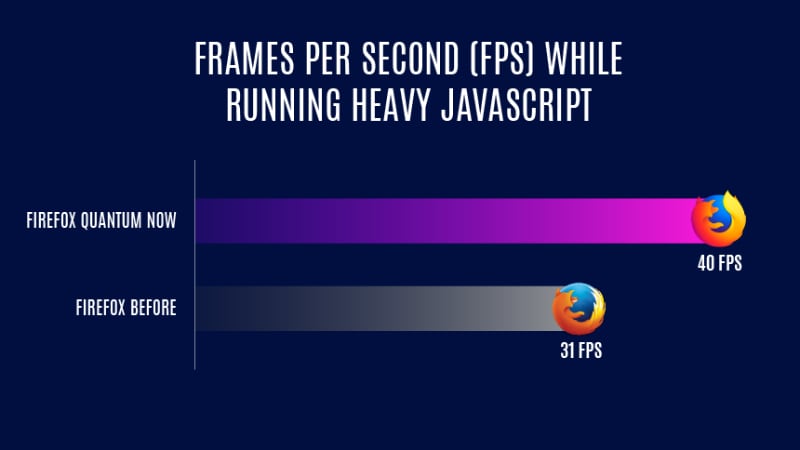 Firefox on Tuesday announced the rollout of version 58 for its the new Firefox Quantum browser. The updated desktop browser brings new features such as an improved graphics engine for better web access. The Firefox Quantum browser on Android will get improved bookmarking for webpages, and support for Google's Progressive Web Apps (PWA). Firefox is available on Windows, macOS, Linux, iOS, and Android. The last update to the iOS version was back in November.

As we mentioned, Firefox has updated its Firefox Quantum browser on all platforms. Firefox Quantum on desktop gets an improved graphics engine, with a dedicated CPU thread. Firefox claims that it offers a 30 percent improvement over the last update, from 31 to 40 frames per second. Firefox is also working on integrating WebRender into Firefox Quantum. WebRender is a specific webpage renderer that was developed as part of the company's Servo research project.

Apart from that, Firefox Screenshots now works in Private Browsing mode and users can copy and paste screenshots to the clipboard.

Firefox on Android
New features on the Android version of Firefox browser include a revised bookmarking feature. Instead of a dialogue box, bookmarks will be available in a full screen mode allowing users to manage them easily.

Firefox on Android also adds support for Google's Progressive Web Apps (PWA). A PWA is a specific kind of website that appears as a mobile app on smartphones. PWA-compatible webpages will display a house-shaped button on the address bar. Users can tap on this button to create a shortcut on the home screen; a guide can be seen here. It also offers support for FLAC, ability to change the status bar colour in themes, and various security fixes.