Firefox 54 Claims to Be Faster, Use Less RAM Than Earlier Version 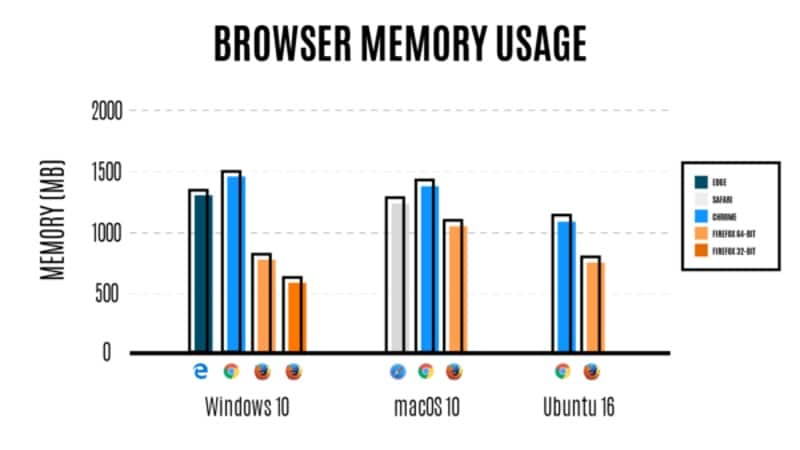 Mozilla's Firefox browser has had problems with memory management in the past and with the latest version - Firefox 54 - the company claims that it has finally achieved a breakthrough. Firefox 54, which was released on Tuesday, has been claimed by the company to bring efficient RAM management and speed improvements to the browser.

In order to achieve these improvements, Firefox 54 uses up to four content processes as part of Mozilla's 'E10s' project, instead of one used by earlier versions. In simple terms, this means that a complex page, with extensive multimedia content, now ends up having less impact on responsiveness and speed of other tabs, said Nick Nguyen, Vice President, Product, Firefox, in a blog post.

"By separating the tabs into separate processes, we make better use of the hardware on your computer, so Firefox can deliver you more of the Web you love, with less waiting," Nguyen wrote.

Nguyen adds that in company's tests, Firefox 54 was found using significantly less RAM as compared to other browsers on Windows 10, macOS, and Linux.

The Firefox 54 release has been described as a phase in Mozilla's E10s initiative and going ahead, the company might very well increase the cap on the maximum number of processes used by the browser. The Verge points out that users can already customise the upper limit by entering "about:config" in the address bar and adjusting the settings themselves. Interested users can download the latest version of the browser from Mozilla's official website or simply update their existing Firefox release to the latest version and check they are on Firefox v54.

Mozilla seems to be working to improve one aspect of its browser at a time. After introducing Quantum Compositor with Firefox 53 to reduce crashes, the company focused on RAM management and speed improvements with the next release.

As Google's Chrome browser is used by a much larger chunk of users than Firefox, taking care of these issues one at a time might convince more people to give Firefox a try once again.

Travis Kalanick's Leave of Absence Puts Uber's Open COO Job in the Spotlight
As GIFs Turn 30, You Can Finally Leave One as a Comment on Facebook