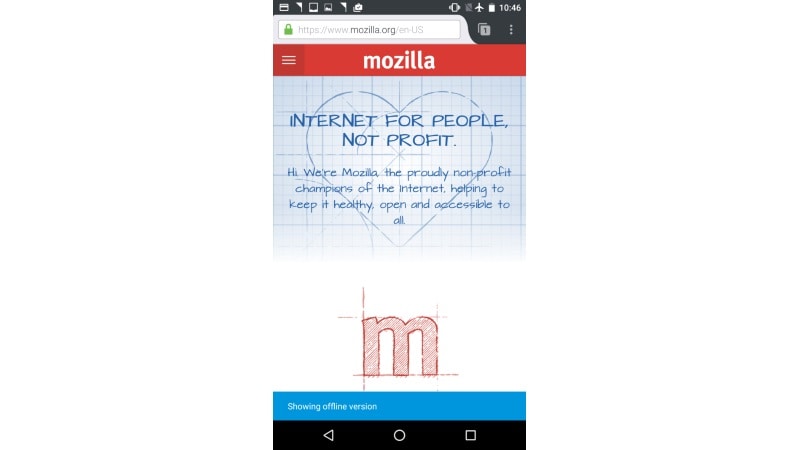 Mozilla has updated its Firefox browser to version 49 on Windows, Mac, Linux, and Android. The update brings in new features as well as removes some of the earlier features. One of the most requested features-Offline page viewing-is now available on Firefox for Android.

Firefox 49 for Android allows users to view some of the previously visited pages when you have an unsteady connection or are completely offline. "This means you can interact with much of your previously viewed content when you don't have a connection," the company said in its official blog.

On Desktop version, the update brings two major changes to the browser's Reader Mode. This feature strips away clutter like buttons, ads and background images, and changes the page's text size, contrast and layout for better readability, Mozilla said in its blog.

Mozilla has added the option for the text to be read out loud by the browser. This means that the Reader Mode in the browser can now narrate your favourite articles for you. Further, Firefox 49 allows users to adjust the text and fonts, as well as the voice according to their preference.

Moreover, the company has added a dark theme option to its Firefox browser with the latest update. The desktop version also saw the removal of Firefox Hello, which will also be disable from Firefox 45 to Firefox 48. The company has suggested alternatives, like Talky and Cisco Spark, while saying, "Thank you for supporting the Hello beta. We will continue to develop and improve WebRTC (Web Real-Time Communications), the underlying technology for Hello."

The desktop version of Firefox 49 is available for download from Firefox website while the Android update will be rolling out on incremental basis from Google Play.