Facebook Settings on Mobile Devices Streamlined, Aimed to Ease Finding of What You Need 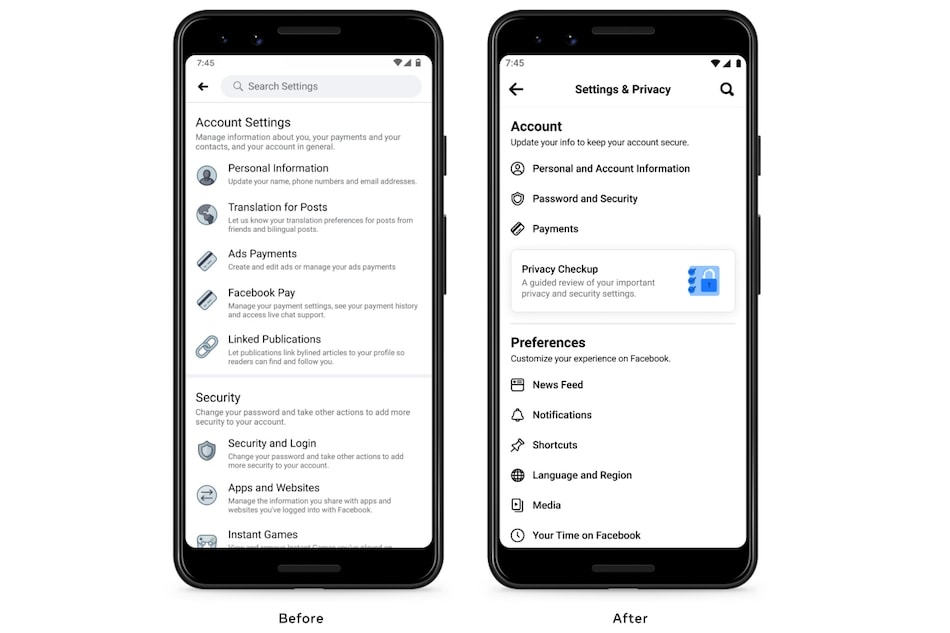 Facebook has started rolling out a streamlined settings page for mobile users that essentially removes some clutter and reduces the number of categories available. The purpose of the latest update is to make it easier for users to find the settings they need. As a result of the changes being implemented at the server side, you will find that individual settings will no longer have descriptions and some standalone categories that were there on the default settings landing page previously are not available. However, Facebook has not removed any of its previous settings.

One of the most noticeable changes that Facebook has implemented as a part of its streamlining is the removal of description from individual settings. The social networking giant has instead used more specific and descriptive titles.

Facebook has also reduced the number of categories to six that are namely, Account, Preferences, Audience and Visibility, Permissions, Your Information, and Community Standards and Legal Policies. Some earlier standalone settings have also been relocated and are now available alongside related settings. So, for instance, the News Feed setting, which previously lived in a smaller category of its own, now lives under Preferences where it is grouped with similar settings.

Additionally, there are improvements to the search function available on the settings page to let users easily find the setting they want — even if they don't know the exact name or location of the particular setting.

You will also notice that a shortcut to Privacy Checkup is available at the top of the settings landing page to help users easily enhance their privacy and security on the platform. It is, of course, a part of Facebook's ongoing moves to appease privacy advocates.

Facebook said that its redesigned settings are currently rolling out for Android, iOS, mobile Web, and Facebook Lite users. We were able to see the changes on Facebook for iOS version 329.0 and the mobile version of Facebook site at the time of filing this story.