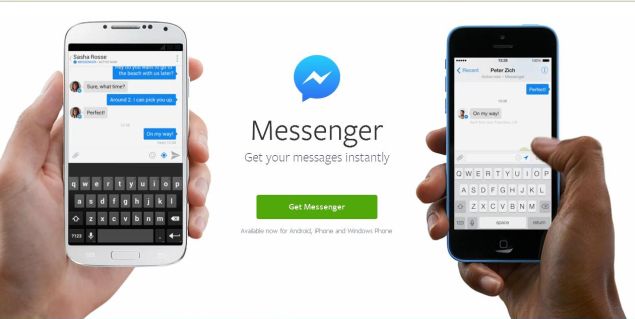 In a bid to be more candid about numbers, Facebook owner Mark Zuckerberg on Wednesday shared the news that its instant messaging app, Messenger, is used by more than 200 million active users every month. Zuckerberg made the announcement during the company's first-quarter earnings call.

According to Facebook, the monthly audience of Messenger is now on par with Instagram's recently announced 200 million active users. Zuckerberg in the earnings call also reiterated  the company had passed 1 billion monthly active mobile users.

To put this in perspective, WhatsApp, the cross-platform instant messaging service Facebook is paying $19 billion for, recently announced it has an active user base of more than 500 million active users. Of the 500 million, the country with the highest active WhatsApp user base was India, with 48 million.

Earlier this month, Facebook announced it would be removing the chat/ instant messaging functionality from its standalone Facebook app, forcing users to utilise the Messenger app if they wanted to chat with Facebook contacts on their mobiles. The move, while limiting the Facebook app, would also increase the number of users of its Messenger app.

"At the intersection of each type of content and each audience, we think there's a really compelling experience to be built," Zuckerberg explained to analysts on the call. "Facebook historically has focused on friends and public content. Now with Messenger and WhatsApp, we're taking a couple of different approaches to more private content as well."

Relevantly, in the first quarter of this fiscal year, thanks to belligerent mobile sales which grew to 59 percent of the advertising revenue, Facebook posted one of its strongest revenue results in years.

With iPhone sales in India doubling, will Apple look at retail for an even bigger push?
Microsoft finally releases Remote Desktop app for Windows Phone