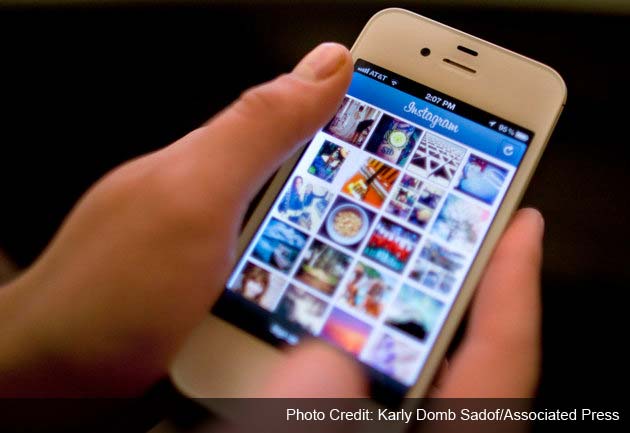 Jeremy Pinnix, an app developer in Spring Hill, Tenn., has been a regular user of the photo-sharing service Instagram since it was introduced in 2010, posting pictures of his family, local scenery and favorite moments.

But when Mr. Pinnix, 40, learned this week about changes to the company's terms of service that would apparently allow his photos to be used as advertisements, he did not hesitate. He deleted his account and has not looked back.

"Many of the photos I take are of my wife and kids," he said. "The idea that those could be used in ads without my consent is disconcerting."

Concerns like those have been mounting on social networks this week as Instagram users reacted to the coming changes, part of a push by Facebook, which bought Instagram this year, to make money from the service.

On Tuesday evening, the complaints, which included angry Twitter posts and images on Instagram protesting the changes, prompted action. Kevin Systrom, a co-founder of Instagram, wrote a blog post saying the company would change the new terms of service to make clearer what would happen to users' pictures.

"We've heard loud and clear that many users are confused and upset about what the changes mean," he wrote. "I'm writing this today to let you know we're listening and to commit to you that we will be doing more to answer your questions, fix any mistakes and eliminate the confusion."

Eric Goldman, an associate professor at the Santa Clara University School of Law, said the latest skirmish between Facebook and its users was part of the sometimes uncomfortable dynamic between companies offering free online services and their eventual need to turn a profit from them.

"The interest of the site is never 100 percent aligned with the users, and the divergence inevitably leads to friction," Mr. Goldman said. "It's unavoidable."

When Facebook announced the changes on Monday, it provided few details about how it would integrate advertisements and photos, other than to say that when the changes took effect on Jan. 16 they would not affect any photographs uploaded to the service before then.

That did not prevent unhappy users from threatening to take their portfolios of photographs to rival services, such as EyeEm, another social photo-sharing application. Many, including Mr. Pinnix, considered returning to Flickr, the former king of photo-sharing services, which is owned by Yahoo. In a stroke of lucky timing, Flickr had just released a new application for the iPhone that has drawn considerable praise from users.

The operators of services like Instaport.Me and Instabackup, which let people create copies of their Instagram photos, said they were seeing higher-than-average volume.

Linus Ekenstam, who helped found a service called Copygram that lets people back up their Instagram accounts and order physical prints of their favorite photos, said demand for the company's free exporting tool had skyrocketed.

"It's a thousand percent more activity than we're used to," he said. "Today is crazy."

He estimated that 10,000 people were using the exporting tool, and 1.5 million photographs had been backed up.

Of course, that is a sliver of the expanding Instagram universe. The company has said that more than 100 million users have contributed more than five billion photographs to the service. But should that momentum slow, it could damage the plan for producing advertising revenue on the scale Facebook was counting on after spending $735 million in cash and stock to buy Instagram. The company also risks scaring off skittish brands and advertisers who would not want to anger Facebook or Instagram users who disagree with how their images are used.

The history of the social Web is full of cautionary tales of companies, including Digg , whose users eventually got so fed up with how the companies meddled that they fled, leaving the companies in ruin.

In Tuesday's blog post, Mr. Systrom sought to quell the mounting unrest and reassure users that the company would not be peddling photographs of children playing on the beach or friends partying in nightclubs to the highest bidder.

"To be clear, it is not our intention to sell your photos," he said.

He said that the company also did not intend to put its members in advertisements.

"We do not have plans for anything like this, and because of that we're going to remove the language that raised the question," he said. "Our main goal is to avoid things likes advertising banners you see in other apps that would hurt the Instagram user experience."

"Nothing about this has changed," he said.

Of course, Mark Zuckerberg, Facebook's chief executive, said nearly the same thing in April: "We need to be mindful about keeping and building on Instagram's strengths and features rather than just trying to integrate everything into Facebook. That's why we're committed to building and growing Instagram independently." Since then, the company has cut off Instagram's easy integration with Facebook's rival Twitter and bound the photo service more tightly into Facebook.

Rebecca Lieb, an analyst with the Altimeter Group, said worries about Facebook changing for the worse had become common almost any time Facebook altered its site, whether in the design or in its privacy policies. It underscores the importance and omnipotence of the service in its users' lives as much as it signals a distrust of Facebook.

"There's always a reaction when Facebook does anything because the user base is so unbelievably large," Ms. Lieb said. "But while what its users say can be very loud and very viral, what they do can be two very disparate things."

"There are always Facebook users who say 'This is the last straw,' " she said. But in the end, she said, "There's not a lot of portability. Where would you go?"