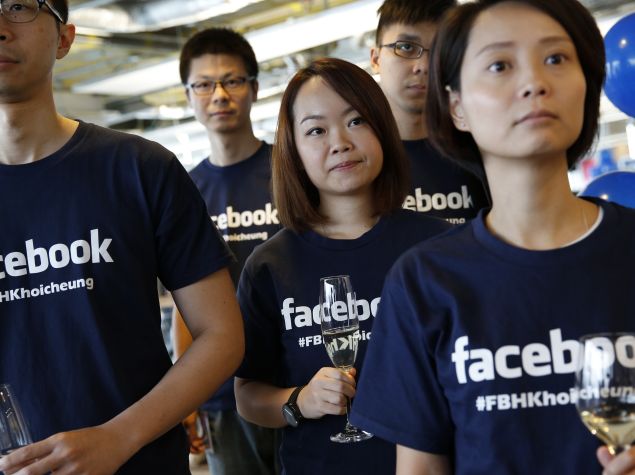 Facebook is turning its Messenger application into a platform for e-commerce, video and more in a bid to shake up online communication.

Facebook co-founder Mark Zuckerberg unveiled Messenger Platform, describing it as a way for software developers to boost appeal to the more than 600 million people using the application.

"We think this service has the potential to allow people to express themselves in new ways... and to be an important communication tool for the world," Zuckerberg said at the California-based company's annual developers conference that ends Thursday in San Francisco.

Messenger is being upgraded to allow users to share photos, audio clips, videos, animated snippets and other digital content. 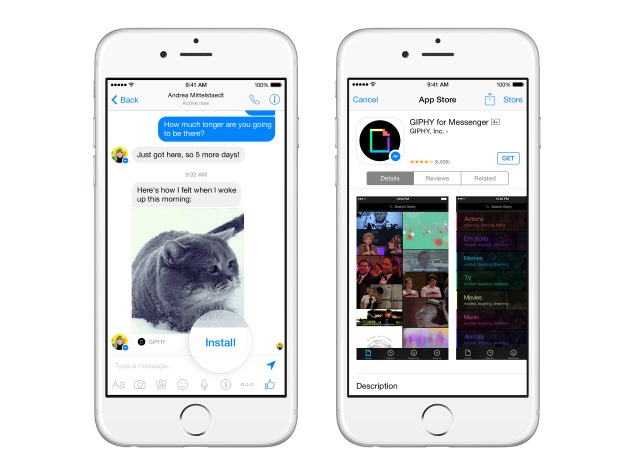 Application constellation
The changes underscore Facebook's vision for Messenger as a new communication tool that complements the social network and ramps up efforts to compete with rivals like Snapchat, which is adding media partners to its messaging app.

"They are trying to make Messenger a full-featured and rich media platform," Gartner analyst Brian Blau told AFP at the conference.

"I think that they are interested in letting people know that Facebook is not a single app company, it is an app constellation."

Blau likened the Messenger move to the rise of Facebook as a platform.

"We're making Messenger a place where you can easily communicate with the businesses you care about in addition to the people you care about," Zuckerberg said.

The e-commerce move comes a week after Facebook unveiled a way to use Messenger for peer-to-peer payments, and with the social network testing a "buy" button to allow users to make purchases directly from their Facebook pages.

Marcus saw great promise in using Messenger to connect its 600 million users with the 30 million business pages at Facebook.

"We want to start conversations between businesses and people," Marcus told AFP.

"It needs to feel private, not noisy." 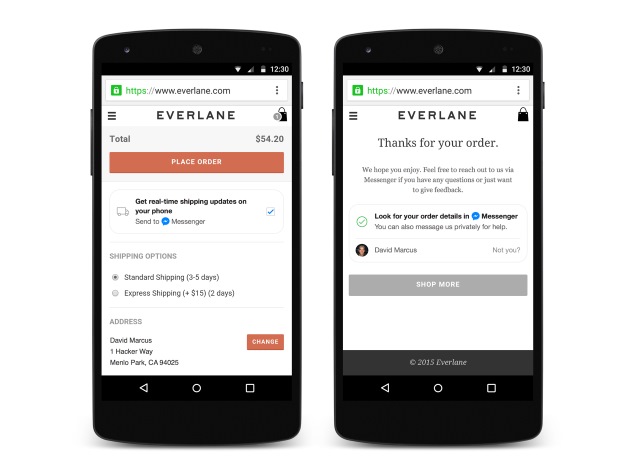 Because personalized exchanges such as those require high levels of service, Facebook is starting with a few select partners that promise to hit standards set by the social network, according to Marcus.

"A real problem to solve is how businesses manage the chats," Marcus said.

"We will need to see if we can automate common questions without being awkward."

Facebook is not making money from connecting businesses and customers in Messenger. The priority is perfecting and expanding the capability, with revenue tactics to be determined in the future.

"If they can find a niche in business for that very contextual message, they could benefit," Blau said.

"It is cool that they built a platform to let this experimentation begin."

Facebook videos anywhere
The Messenger team is also working with partners including ESPN and the Bad Robot film production company owned by Hollywood director J.J. Abrams to release applications that work on the Messenger platform.

Additionally, Facebook introduced a tool designed to make it easy to take public video posted at the social network and embed it at other websites.

"People can now watch and interact with Facebook videos from anywhere on the Web," she said.

The social network also told the more than 2,500 developers at the gathering that it is adding "push" technology that will let applications control smart home devices such as garage doors, locks, lights and more to be in tune with the booming so-called "Internet of Things."