Facebook has been heavily focusing on videos lately and its latest update, announced on Tuesday, further tries to improve the video viewing experience on the social media platform. The new update allows the videos in feed to play automatically (or autoplay) with sound, while users had to tap on the video to unmute it earlier. The update also improves the way vertical videos are played and a picture-in-picture view mode to the platform.

Interestingly, the sound on the videos in feed will fade in and out when users scroll through them. It is important to note that if user's device is in silent mode, the videos will not start playing with sound and will play muted instead. As some of the users might prefer to stick with the earlier way, Facebook has made this new feature optional.

Users can disable the new feature by switching off "Videos in News Feed Start With Sound" from Settings. "We'll also be showing in-product messages to tell people about the new sound on experience and controls," the company said in its news post. 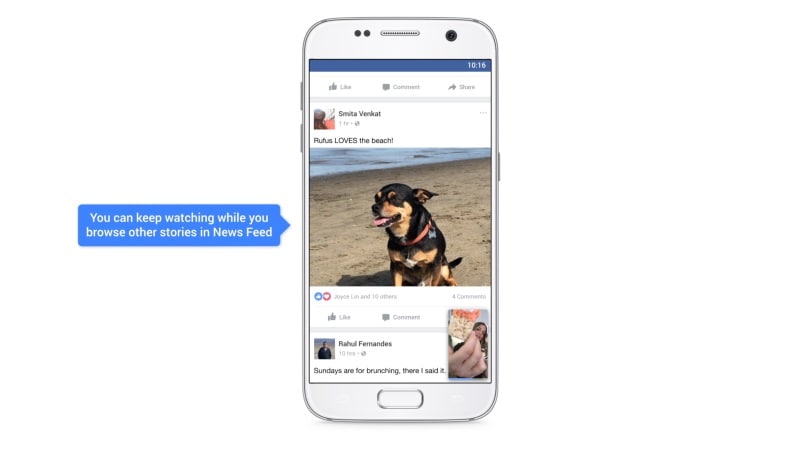 Apart from the aforementioned feature, Facebook has also tried to improve the way vertical videos are viewed on mobile devices. With this update, users will get a larger preview of the vertical videos on Android and iOS. The company says that it has received positive feedback from users through the initial testing of this feature.

Apart from these new features, Facebook also announced that it is rolling out its new video app for Apple TV, Amazon's Fire TV, and Samsung Smart TV to allow users to watch Facebook videos on their large screens in a more convenient way.