Facebook Messenger to Get 'Secret Conversations' With End-to-End Encryption

Using end-to-end encryption means that only the sender and recipient of a message will able to unlock and read it - even Facebook itself won't be able to see what you're talking about. In a blog post Friday announcing the test, Facebook highlighted sensitive topics like health and financial information as among the reasons users might want to use it.

End-to-end encryption has seen a boom in popularity in recent years as mainstream tech companies have started integrating it into their products amid heightened cyber-security and surveillance fears. But that boom has also raised concerns from some law enforcement officials that it could stop them from being able to access the communications of criminals and terrorists even when investigators obtain a warrant. 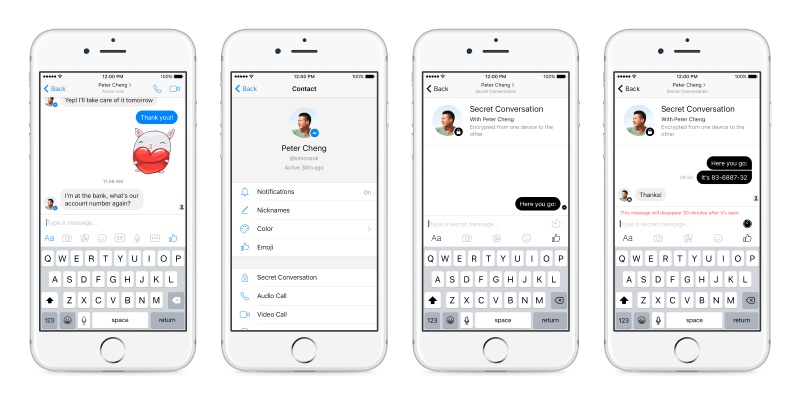 Only a limited number of Messenger users will be able to try out the feature for now, but Facebook says it plans to make it more widely available later this summer.

Matthew Green, a Johns Hopkins University computer science professor who consulted with Facebook on their plans to deploy end-to-end encryption in Messenger, says he's increasingly seeing a sort of sea change in how developers view the technology.

"It's becoming a minimal requirement for deploying an app like this," Green said.

But having a major player in the instant messaging world such as Facebook dive into this space also extends the privacy protection to an audience that otherwise might not use it, according to Green. "There are people who aren't going to download some special app, so the fact it is being built into the things they already use is a really big deal," Green said.