Facebook Messenger Testing 'Conversation Topics' You Can Talk About 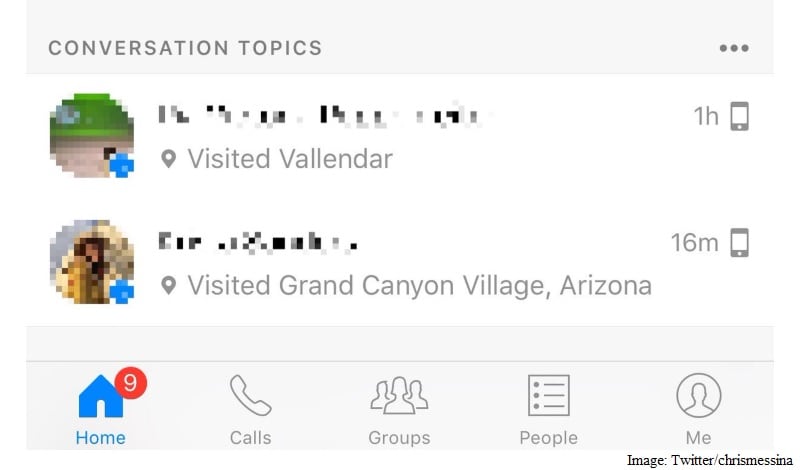 Facebook Messenger has introduced a new feature called "Conversation Topics", which is likely to be a conversation topic in itself. As the name suggests, this new feature essentially suggests topics for conversation to the app users. These topics are recommended to users on the basis of their friends' recent activities.

The feature was first spotted by Twitter user Chris Messina, as pointed out by TechCrunch, on iOS platform. The app shows you the various activities performed by your friends in order to provide you with a topic to talk about. The recommendations reportedly have their own section on the home screen and show you the activities beneath your friends' names.

The activities range from the places your friends visited, to the songs that they listened to. At this point, this feature seems to be in a test phase as the company has not announced it and it is not showing up for everyone.

Even though it is highly debatable if the social networking sites, with their new features, are helping people get in touch or making them less social, this update will definitely keep you informed about your friends' activities.

Facebook Messenger recently added 'data saver' option to its app on Android, which allows the users to manually download the images and videos that are sent to them, instead of the app downloading them automatically.