Facebook Messenger will now "will help millions of people avoid potentially harmful interactions and possible scams without compromising their privacy."

Facebook on Thursday said that its Messenger app will be watching behind the scenes for scammers using the smartphone communication system.

Safety notices will pop up in Messenger text chats if activity taking place in the background is deemed suspicious by artificial intelligence software, according to director of privacy and safety product management Jay Sullivan.

He said the new safety feature "will help millions of people avoid potentially harmful interactions and possible scams without compromising their privacy."

The feature began rolling out to the Messenger app tailored for Android-powered smartphones in March and will head to Messenger on iPhones next week, according to Facebook.

"Too often people interact with someone online they think they know or trust, when it's really a scammer or imposter," Sullivan said.

"These accounts can be hard to identify at first and the results can be costly."

Artificial intelligence software scans for scammers based on account behaviour, such as sending messages in bulk targeting demographics or geographies, according to Facebook.

Warning notices pop up before people respond to messages of possibly dubious origins.

Since the feature does not involve looking at what is in messages, it should continue to add a layer of safety when Messenger takes to encrypted missives as planned by Facebook. 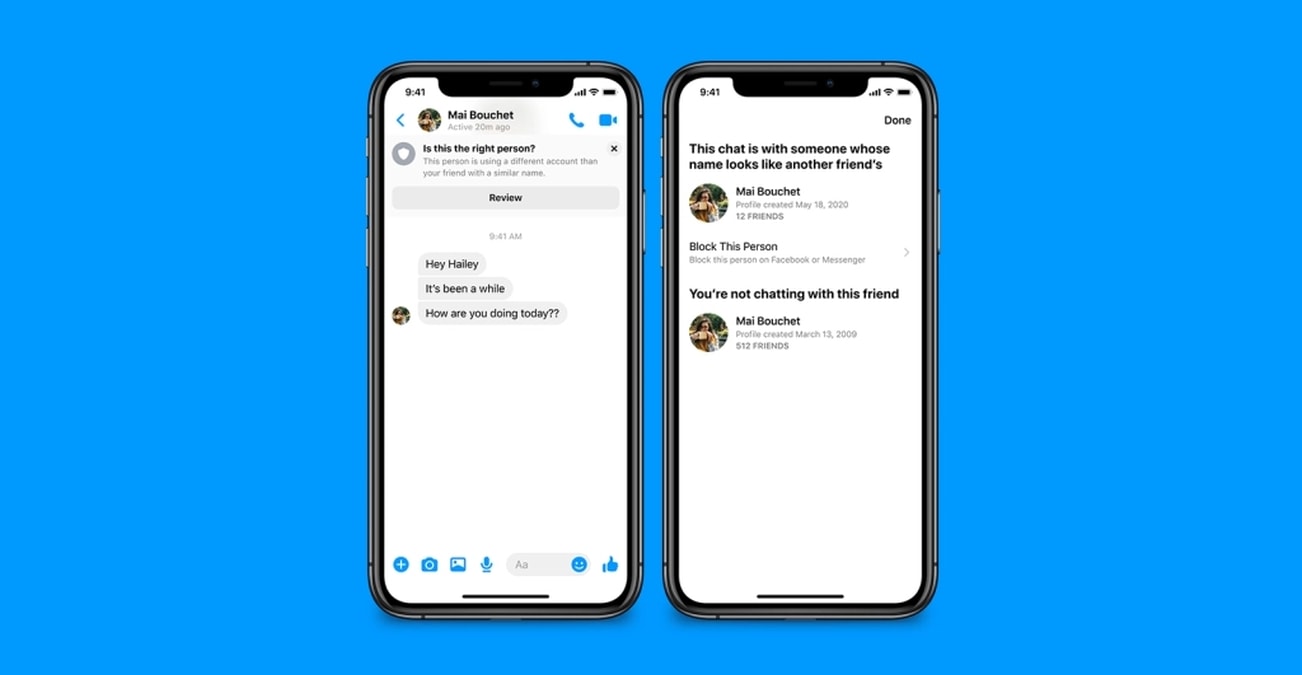 "As we move to end-to-end encryption, we are investing in privacy-preserving tools like this to keep people safe without accessing message content," Sullivan said.

Messenger has been ramping up capabilities and security as use of online tools to communicate and socialise surges due to restrictions of movement during the pandemic.

Facebook recently unveiled a new video chat service with virtual "rooms" where people can pop in to visit friends, aiming at users turning to the popular Zoom platform during the pandemic.