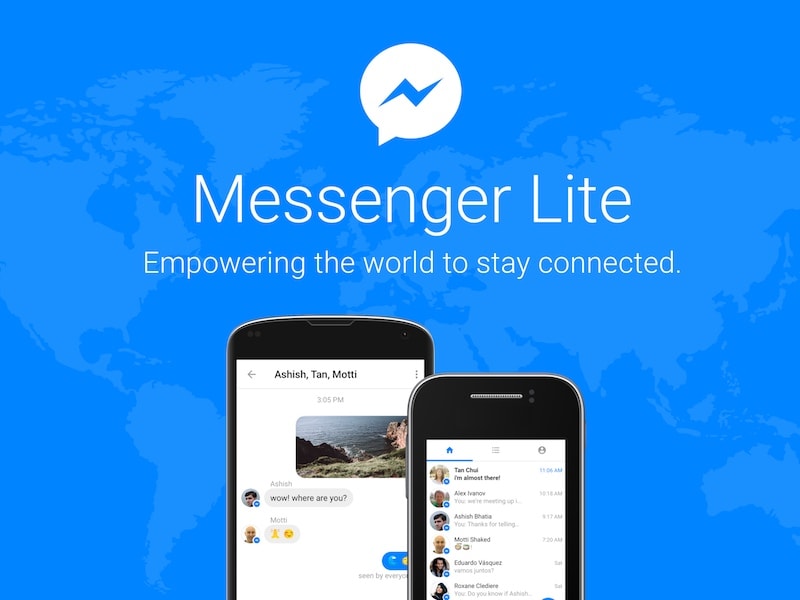 Months after Facebook launched a lite version of Messenger, the company has finally brought it to India. Called Messenger Lite, the app is now available for Android smartphones users in the country via Google Play.

Much like the Facebook Lite app, Messenger Lite is aimed at users with old, or entry-level smartphones. Additionally, the app is optimised to work on slow Internet networks, addressing another issue that continues to cripple many users in India.

The Messenger Lite app weighs just 10MB, compared to the usual Messenger app on Android which runs north of 40MB, and the iOS app, which is more than a 300MB download. Like Facebook Lite, Messenger Lite is not available for iPhone users.

Messenger Lite app offers most of the features that you expect from the regular app - ability to send and receive text, photos, links, emojis, and stickers. However, if you want to make video calls or send your friends money, a feature that is available in select regions, you will have to switch to the marquee Messenger app.

Unlike Facebook Lite, which saw India as one of the launch markets, the social juggernaut took its time in bringing the Messenger Lite app to the country. First unveiled in October last year for five select regions, the pared-down version of Facebook Messenger made its way to over 130 countries in April this year.

Existence of "lite" variants of regular apps from Google, Facebook, and Microsoft underscore one of the major challenges Silicon Valley companies are facing as they work on expanding their user base in emerging markets.

That said, power users might also find Messenger Lite app interesting. With Facebook increasingly expanding Messenger app to bring you new features, and extensions, the company has received heat from many users who believe that the company is compromising their experience. Messenger Lite app, in comparison, remains much cleaner. For now.