Facebook's Messenger standalone app is now over 900-million strong and it only makes sense for the company to add more features to make conversations easier. The messaging app has received a redesign that adds several new features including a new home tab, birthday, and favourites section.

The new interface of Messenger will show the few recent messages at the top of the screen when the app launches. This will be followed by a new Favorites section, which will include people the user messages most frequently.

The Messenger will now also have an Active Now section where the app will show who the people who are currently available online are. There will be a new birthday section which will show the people who have their birthdays on the day which Messenger believes will prompt user wish them a happy day. 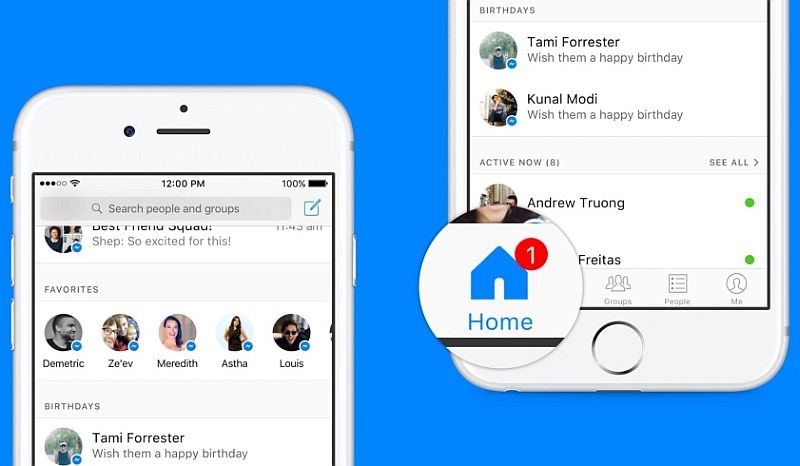 Messenger says that the new redesign is an update "aimed to make Messenger simpler to use by presenting more relevant information." The Messenger app now also includes a search bar at the top of the screen which will show results same as the Facebook mobile search.

Announcing the new redesign, Messenger team in a blog post said, "Up until now, most inbox experiences haven't kept up with the new ways people connect. So, we've been thinking about how we can make it simpler and easier to find what you want to start a conversation."

Facebook's Messenger recently received an important feature that reintroduced support for SMS messages inside the app. The company has confirmed that the feature will be available via an update to all Android users globally.

Messenger recently in tribute to the UEFA Euro 2016 championship introduced a new football game dubbed Keepy Up hidden as an Easter egg inside its app.
Comments