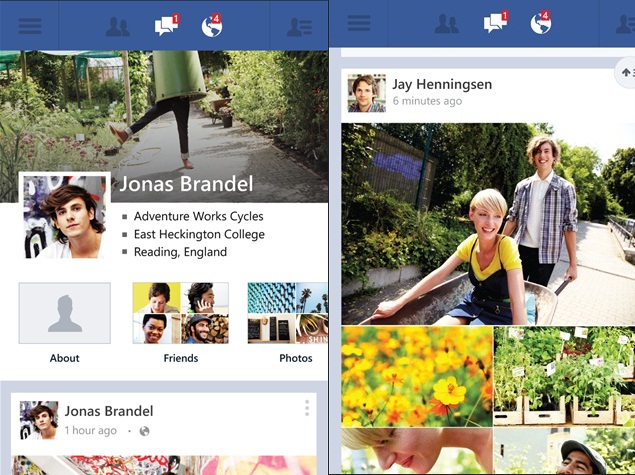 Microsoft Vice President Joe Belfiore shared quite a few details and update at company's event held at the sidelines of Mobile World Congress in Barcelona on Sunday. Apart from confirming a 'spring' release date for the much-anticipated Windows 8.1 and Windows Phone 8.1 updates and announcing a host of new Windows Phone 8.1 hardware partners including India's Xolo and Karbonn, Belfiore provided various platform-related updates.

Amongst these announcements were app-related statistics. Belfiore said the Windows Phone Store now had over 240,000 apps with an average of 500 apps added ever day. With key additions such as Instagram, Vine, Waze and Mint under its belt recently, Microsoft announced that Facebook Messenger will be available in "the coming weeks".

Belfiore also shared some statistics that underline the strides Windows Phone has made recently in terms of making a mark in the smartphone market. He said that Windows Phone had recently been recognised as the fastest growing OS by IDC with 91 percent year-over-year growth in 2013. He also highlighted a recent Kantar Worldpanel ComTech survey that gave the OS more than 10 percent marketshare across Europe, more than double compared to last year.

Microsoft also announced a new partnership with Qualcomm, under which it will be building Windows Phone devices through the well-established Qualcomm Reference Design (QRD) program. This would make it easier for OEMs to make Windows Phone-based devices.