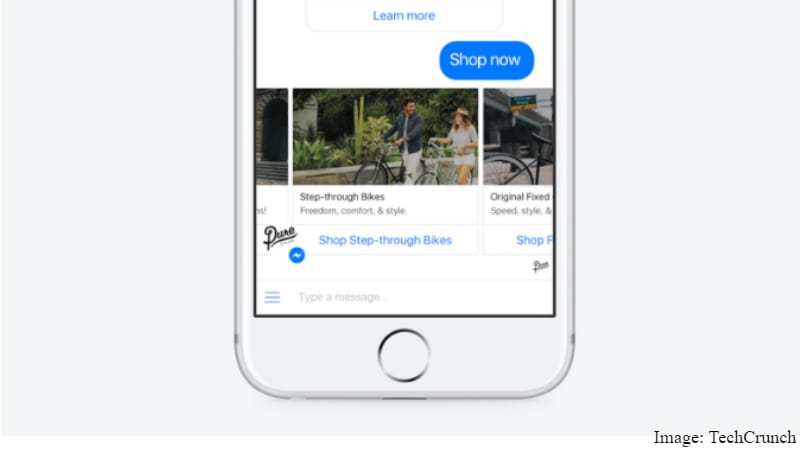 Shopify has introduced a new feature that will allow users to shop directly from Facebook Messenger without leaving their conversation. The shopping platform is offering its merchants a chance to host their business on Facebook Messenger, and sell products in between chats and messages. The company had partnered with Facebook last year to Shop sections on Facebook Pages, and even before that for the Facebook Store by Shopify.

For this to work, the affiliated merchants need to partner up with Shopify. Customers will see a 'Shop Now' button when conversing with the Facebook Business page of any store (via TechCrunch). This feature will let you see the entire catalogue of products offered by the store on Messenger. Users can talk to the business bots, and browse through products, and then make a buying decision accordingly. Shopify has offered its merchants a checkout portal working within Messenger entirely as well, so a user never has to download the store's app, or load their website to make a purchase.

This makes Messenger an additional platform where outlets could do business from. Users generally have the option to shop online through a website or an app, and Messenger was a place only for conversations. Now, Messenger acts like a shop of sorts, where products can be browsed and bought as well, all while indulging in a conversation simultaneously.

The standalone instant messaging app from Facebook added bots to its system a while ago, allowing businesses to converse with their customers easily. In August, Facebook Messenger bots got the ability to send users advertisements and subscription messages, apart from assisting in purchase making. And now, this new feature, allows businesses to conduct sales operations as well. Messenger has evolved quite a lot from just a chat in this year alone.

Facebook itself has been working towards becoming a shopping and online classified for a while, and most recently unveiled Facebook Marketplace to let users buy and sell products within their local community.