Facebook has launched a new chatting app for those who use the Facebook at Work service that debuted earlier this year. Dubbed Work Chat, the messaging app currently appears to be available for Android devices only. The app requires users' Facebook at Work account to log in.

The Work Chat app by Facebook seems to take on widely used chatting apps for workplaces such as Slack, Hipchat, Yammer, Skype, and others. While the app is as basic as it gets, we might see new features showing up in the future updates. 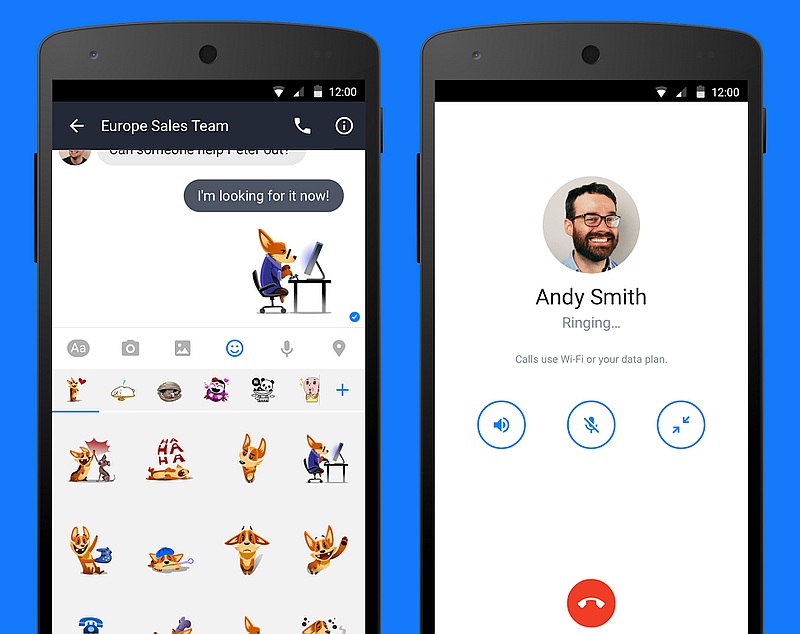 Although the Google Play app listing says 'Varies with Device' for the app's size, it weighs 26.67MB on Nexus 5 and 24.64MB on HTC One M8 Eye when we downloaded it. Work Chat is currently on version 49.0.0.20.63, and was first spotted by Android Police,

Facebook started testing its Facebook at Work application for Android and iOS in January this year. The pilot programme is accessible with select companies for now. The application gives most of the similar features as seen on Facebook along with chats, groups and other features. Users however, would only be able to share content with their colleagues from the app.

However, the beta service is likely to go public soon reported Re/code in September. The company would be providing a freemium version of the service to more companies by the end of this year, said Julien Codorniou, Head of Facebook at Work. The firm also aims to make money from the service, not by inserting ads but by giving workplaces extra features as they pay.