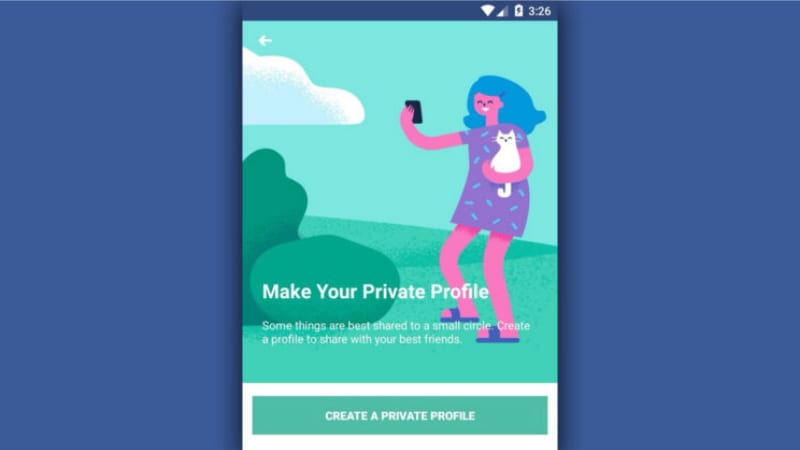 Over the years, Facebook has introduced several new features to its app and desktop verticals elevating the experience for users. Now, two new interesting features have been spotted – one related to more privacy and one related to video content.

Both the features were spotted by Devesh Logendran, and he first told TheNextWeb’s Matt Navarra about it. Facebook is apparently working on a private profile mode which you can share with just a small circle of close friends. Navarra shared a screenshot from the Android beta app, and it shows the ability to create a private profile mode if required. Unfortunately, the private profile button does not work as of now, so just how the feature works is still unclear. But presumably it allows you to create a profile that will let you send posts, photos, and videos to only a pre-selected group of people.

This feature could be useful as our Facebook list is nowadays filled with people we label as ‘mere acquaintances’ or even ‘professional connections’. Some photos are best shared only with people you trust, and the private profile feature could come in handy then. However, this feature is in beta, and it is not sure whether it will see the light of the day in the mainstream version.

Another feature spotted by Logendran was something called ‘Instant Videos’. The feature has been released for some Android users only for testing purposes, and it essentially allows users to watch videos even without Internet. Instant Videos pre-loads videos while you are on Wi-Fi, and then lets you watch them later even when you don’t have data. Once the video pre-loads, Facebook marks it with a lightning icon to indicate that it will play offline as well.

This is Facebook’s latest push to leverage its video content. The company, in the recent years, has been investing its time and money in video, and Instant Videos looks to target users in the developing markets, where data usage is still a calculated thing. In any case, both the features are yet to roll out commercially, and we sure hope that both make it to the stable version soon enough.