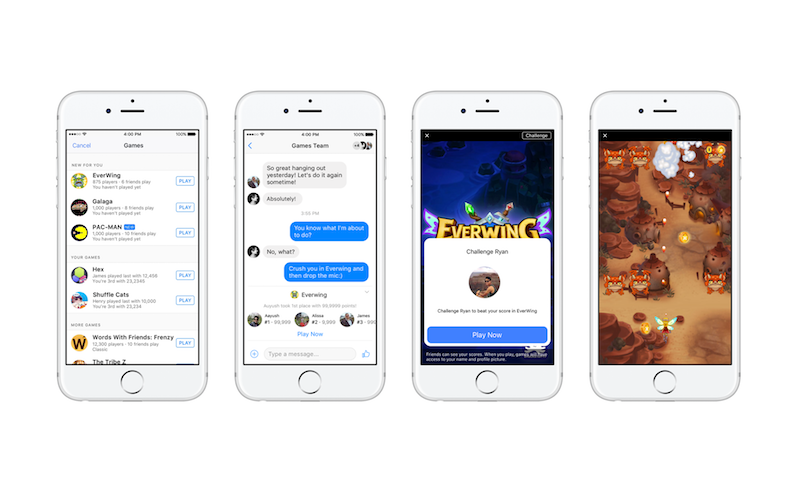 Facebook on Tuesday unveiled "Instant Games" allowing users of the world's biggest social network to play from its Messenger application or directly on their news feeds.

The new games effort could be a step toward eventually monetising Messenger, which now has more than one billion users.

While Facebook has previously been home to "social" games like Zynga's "FarmVille," this effort aims at smartphone users and also works with Messenger, its fast-growing communications platform.

"The primary way that we expect people to be interacting with Instant Games is through Messenger, especially at first," said Leo Olebe, director of global games partnerships at Facebook.

Olebe said the initiative is the first time games will be "a platform inside of Messenger" and the first time Facebook has directly put games on mobile devices.

The concept is similar to that of "Instant Articles," which allows faster loading of news stories by hosting them on the powerful servers of Facebook instead of linking to a separate news site.

While Facebook ad revenues have been surging, the company has warned its ad growth is likely to slow, but Olebe nevertheless said there will be no immediate effort to draw revenue from the games.

"Right now it's still early in the process, monetisation will come later down the road," he said, adding that Facebook wants "to drive the engagement in the overall experience."

Instant Games will allow users to invite others and share results and scores, but has controls to prevent people from getting overwhelmed with requests to play.

"The games are not designed to reward people for getting an increasing number of folks to play," he said.