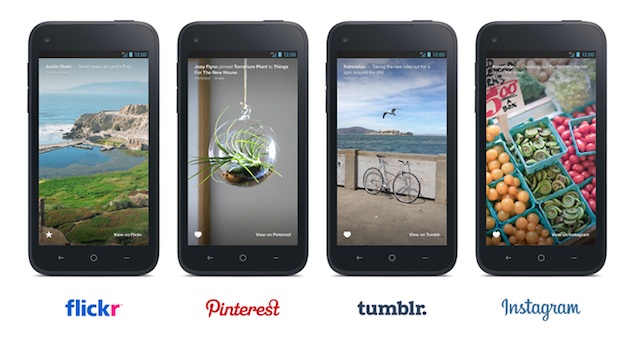 These image-sharing network apps can be integrated with Facebook Home while setting it up, using the 'Connect Apps to Home' prompt. One can login to these apps and check 'Show on lock screen,' following which photos and posts from them would appear on the phone's lock screen. The settings can be changed by going to the Home app and tapping on More Settings.

It's worth pointing out that the feature is only available to Facebook for Android beta testers at this point in time. This means you'll only be able to use the feature if you sign up for the program.

The update also includes an improved app launcher. By adding other social networks to the lockscreen, Facebook is increasing the utility of the Facebook Home launcher for users, perhaps in a move to prevent them from abandoning the not-so-popular app completely.

In August, Facebook had updated Home to offer music controls on the phone's lock screen when the user is playing music allowing users to play, pause, and switch to the previous and next tracks without opening the music player.

As users would know, Facebook Home takes over the phone's homescreen and lock screen to offer a customised Facebook-focused experience that includes updates and notifications from Facebook friends.

The Home app - or the 'launcher' in technical terms - is designed to let users display mobile versions of their Facebook newsfeed and messages prominently on the phone's home screen. Also included is "chat heads" messaging service and "cover feed", both of which dominate users' homescreens and continuously offer messages, photos, status updates and other content from Facebook's network.