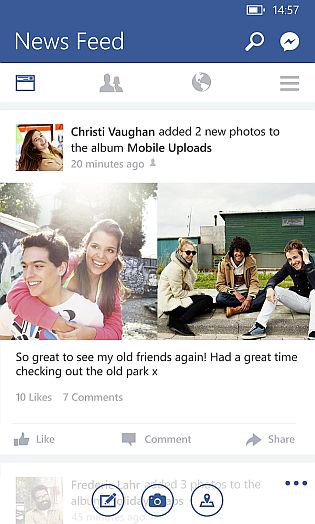 Facebook on Monday rolled-out a major update for its Windows Phone app, which has a new user interface design and some updated features.

The updated Facebook app for Windows Phone is available to download from the Windows Phone Store. The app is compatible with WP7.5, WP8 and WP8.1.

In addition to rolling-out an update for Windows Phone, Facebook last month started prompting all Android and iOS users to download the company's standalone Facebook Messenger app instead of messaging via main Facebook apps.

Facebook initially started notifying users in France, England and several other European countries for downloading the dedicated Messenger app for instant messaging on the social platform.