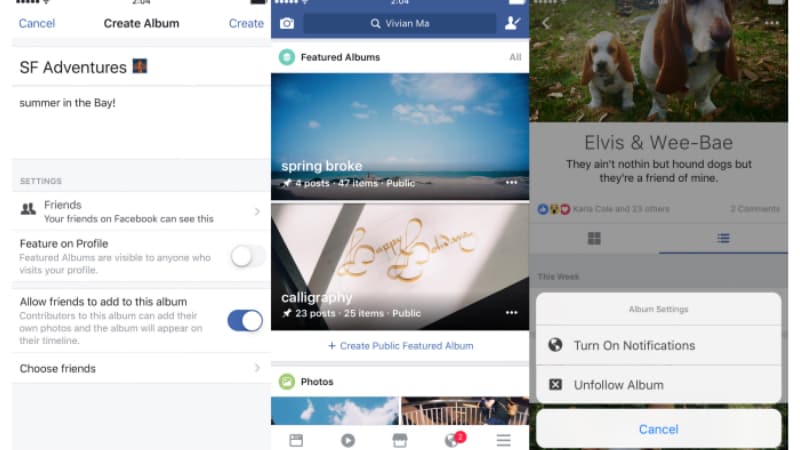 Facebook is updating its albums with new features and abilities to make it more interactive and a richer source to go down memory lane. Now, in addition to adding photos and videos to albums, you can now also add status updates, posts, and check-ins for a fuller nostalgic experience when you come back to visit the album a while later.

Essentially, Facebook Albums have gained the ability to store status updates, posts, and check-ins as well, in addition to photos and albums. So, for example, if you’re making a new album for your trip to China, you can add your check-ins, posts, and status updates while travelling in the album as well. This makes your album a sort of a scrapbook to look back on.

You can also invite friends to add photos and updates to the album by switching on a toggle button, and inviting friends while making the album. This will allow them to add photos, videos, and posts to the same album for a collaborative effort of creating and keeping a memory stored online forever.

The update is rolling out to Android and Web starting today, and is coming soon to iOS users as well, reports CNET. The report also shared all the features coming with the albums update (courtesy a Facebook representative), and another new feature listed was called Featured Albums. Facebook now has an option to let people showcase their favourite albums right on their Profile, if they want to.

There’s also an option to turn on notifications by following a friend’s specific album. This enables you to be notified every time your friend updates the album in the future. “Never fear you are missing an update on your friend's new puppy. You can follow their album, and see all new updates to that album in your News Feed. Remember that notifications for specific albums can always be turned on/off,” Facebook explains.