The former National Security Agency contractor who exposed US government surveillance programmes by disclosing classified material in 2013 has a new job: app developer.

Edward Snowden in a video message Friday unveiled a new phone app he helped create, called Haven, that aims to protect laptops from physical tampering. The software was developed with the Freedom of Press Foundation and the Guardian Project.

Separately, in a tweet, Snowden wrote: "Announcing #Haven, a safe room that fits in your pocket. A free app released in beta today by @GuardianProject & @FreedomofPress."

Snowden says Haven is an open-source tool designed for human rights activists and other people at risk and it uses an Android phone's sensors to detect changes in a room. The beta release of the app is listed on Google Play. The Haven page details further ways in which users can install the beta. 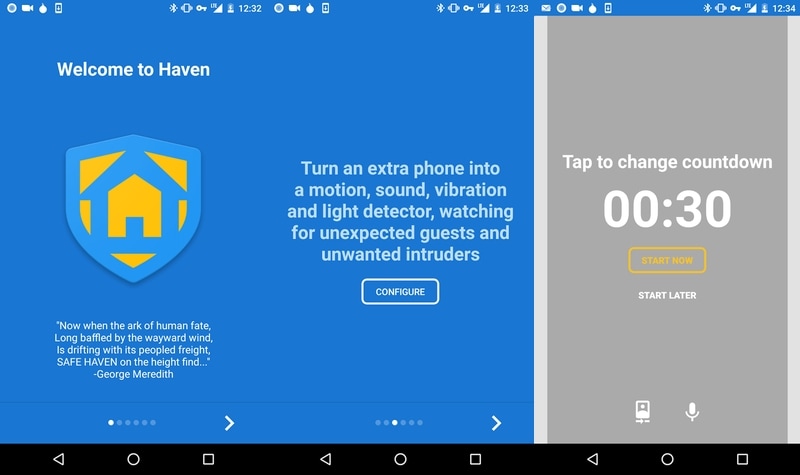 On the Haven page, the app is further described: "Haven is for people who need a way to protect their personal spaces and possessions without compromising their own privacy. It is an Android application that leverages on-device sensors to provide monitoring and protection of physical spaces. Haven turns any Android phone into a motion, sound, vibration and light detector, watching for unexpected guests and unwanted intruders. We designed Haven for investigative journalists, human rights defenders, and people at risk of forced disappearance to create a new kind of herd immunity. By combining the array of sensors found in any smartphone, with the world’s most secure communications technologies, like Signal and Tor, Haven prevents the worst kind of people from silencing citizens without getting caught in the act."

Haven has been greeted with mixed social media reactions, with some people celebrating its security capabilities and others saying they don't trust Snowden. He has lived in Russia since 2013, when the country gave him asylum, resisting US pressure to extradite him.