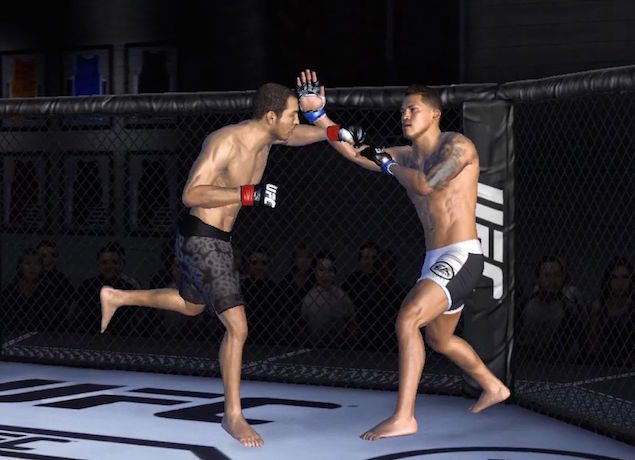 Last year saw Electronic Arts (EA) release a game based on the Ultimate Fighting Championship (UFC), succinctly called EA Sports UFC. It was for the Xbox One and PlayStation 4 (PS4).

This year, the franchise makes its way to portable devices, namely those running Android or iOS. With over 70 fighters in four divisions to choose from, and a host of in-game rewards to unlock (or buy as it is a free-to-play game), it seems to be one of the more robust games for mobile gamers.

"We are really excited about the early fan feedback and support we've received, and now even more people around the world can experience the best in class visuals and immersive gameplay that set a new bar for mobile and tablet fighting games," said Dean Richards, GM, EA Sports in a prepared statement. "Combined with intuitive touch controls, this is the ultimate vehicle to transport players of all skill levels into the heart of the action, bringing all the emotion and intensity of a fight to life wherever they are."

The game had a soft launch a couple of months ago in Canada, South Korea, Singapore, and Russia. EA claims it was downloaded over two million times with gamers playing for an average of 36 minutes every day. Furthermore, the developers at EA's Canada studio worked closely with the team behind the console release. The end result is almost console-like graphics.

"After the success of their first UFC video game, EA is now giving fans another amazing way to play EA Sports UFC, no matter where they are in the world," UFC President Dana White said. "EA continues to deliver quality gaming experiences and with the mobile game, not only are we going to reach a broader fan base, but we're making the sport accessible on a global platform."

'Clear' App Deletes Your Social Media Gaffes
Lenovo A6000 Plus First Flash Sale to See 100,000 Units Up for Grabs