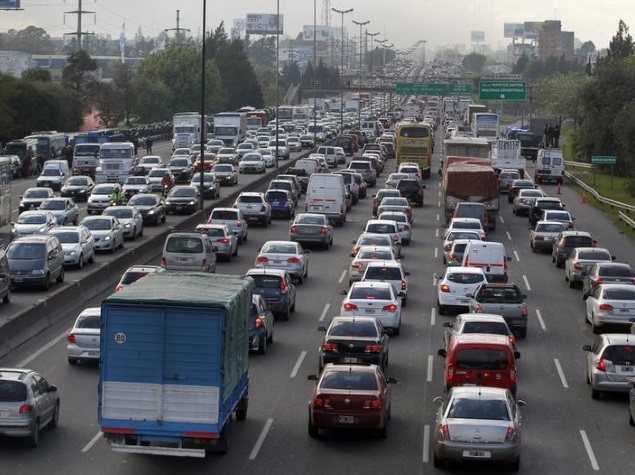 Dutch judges on Monday banned the popular ride-sharing service UberPOP from taking bookings via its smartphone app, threatening the US company with fines of up to 100,000 euros ($123,000, roughly Rs. 75 lakhs).

A court ordered Uber to stop its UberPOP service, which allows non-professional drivers to register with Uber via a mobile phone and offer trips in their own cars at half the price of a regular cab.

"Drivers who transport people for payment without a licence are breaking the law," said the decision from the Hague-based Trade and Industry Appeals Tribunal.

A defiant Uber reacted in a statement by saying it "will continue to offer UberPOP."

UberPOP is one of several services offered by the online taxi startup, which appealed a Dutch government decision in September to have it banned.

Uber said that it was merely offering a "car-sharing service."

But the judges sided with government on Monday, pointing out that Uber receives a 20 percent commission for each trip.

Uber launched UberPOP as a pilot project in Amsterdam between July and September.

Last week Uber extended the service to The Hague and Rotterdam.

Several drivers were arrested in Amsterdam in October and fined 1,500 euros. Drivers were also arrested on the first day of operations in Rotterdam.

Uber has expanded at breakneck speed since it launched in 2009 and is now present in more than 200 cities across 45 countries.

But its rapid growth has caused tensions, especially in Europe where rival taxi companies have protested that Uber cars are not subject to the same regulations.

A tribunal in Paris, France, will decide on Friday whether Uber's services constitute unfair competition to traditional taxi drivers.

Delhi's government on Monday banned Uber from operating in the Indian capital after a passenger accused one of its drivers of rape.