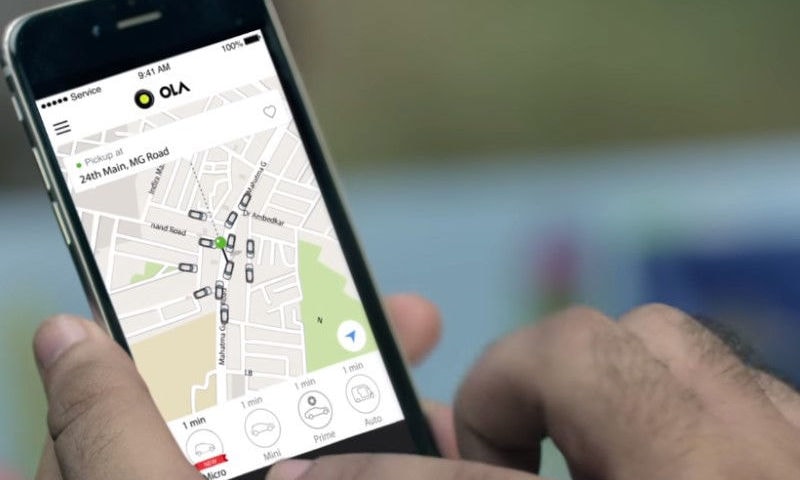 With banks and ATMs not being able to cope with the rush for access to lower denomination or new currency after old Rs. 500 and Rs. 1,000 notes were banned, cash dispensing through swipe of debit cards at POS machines was introduced at around 3,700 petrol pumps.

The same is being replicated by Ola on a test basis in its cabs in Kolkata and Hyderabad where taxis with a bank officer and POS machine are parked at different locations and dispense cash of Rs. 2,000 per card.

Ola Chief Operating Officer Pranay Jivrajka told PTI that the initial response has been tremendous and the company was exploring with banks to expand this service to other cities with cash being dispensed on the go rather than current experiment of cars being parked at a particular busy point.

In Kolkata, Ola has partnered with Punjab National Bank (PNB), while for Hyderabad, it has collaborated with SBI and Andhra Bank.

"The week-long activity, that is already servicing thousands of citizens, will continue till end of the month. It (cabs) will visit areas like Chandni Chowk Metro Station, Esplanade Metro, Barabazaar, Salt Lake, Exide and Rashbehari (in Kolkata)," he said.

Cars carrying POS machine are servicing citizens in popular areas in Hyderabad like KBR Park, JNTU, Inorbit Mall over the weekend, he added.

"We are also looking at flagging off the programme in other key cities, including Delhi. The banks are providing on-ground executives to enable people withdraw cash seamlessly," he said.

(Also see: Now, Listen to Music of Your Choice While Riding in an Ola Cab)

Following the government's move to scrap old Rs. 500 and Rs. 1,000 notes earlier this month, there have been serpentine queues at banks and ATMs as people lined up to withdraw valid currency.

There have been demands for setting up more mobile ATMs across the country and also refilling them more often as there seems to be a crunch of liquid cash given the long queues.

Ola, which has its mobile wallet service, claimed it has seen 1500 percent growth in recharge of 'Ola Money'. "The number of trips paid in cash has certainly gone down. More people are now paying using digital platforms like Ola Money and credit/debit cards," he said.