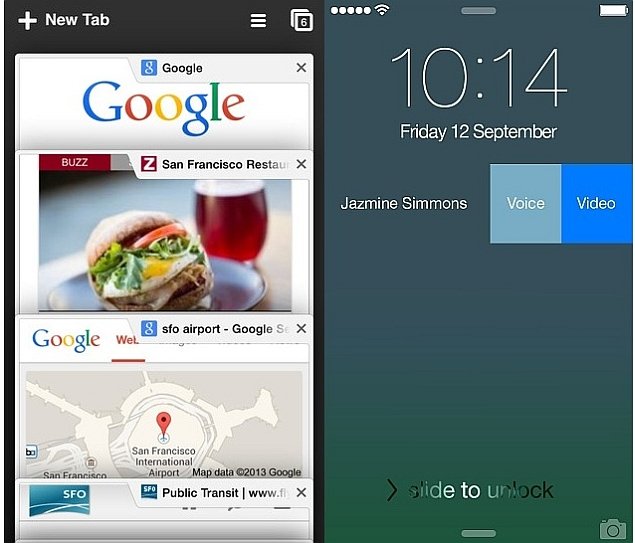 After Twitter and Instapaper, Google and Microsoft have also released updates for their respective Chrome and Skype apps for the new iOS 8 operating system. The app updates acquaint users with new sharing and accessibility features.

Google Chrome for iOS (v37.0.2062.60) now supports third-party app extensions for sharing and posting content to other websites. For instance, the iOS 8 users can now send a webpage in their read-later service Pocket via the Chrome browser, and can share it on LinkedIn.

Besides adding general compatibility for iOS 8, Google Chrome for iOS also includes some 'Stability improvements and bug fixes,' details of which are not known.

These improvements come in addition with the already present Chrome features like multi-device sync, voice search, webpage translation, and opening of unlimited tabs.

Options to choose whether to answer the calls via video or voice, or to return the call, or reply in text for missed calls, are also available. Users can access the above options by swiping towards the left from the lock screen or the drop down notifications panel.