China Has a New Facial Recognition App - This Time for Pandas

Visitors to the Chengdu panda base will be able to scan pandas' faces with an app to get information about each individual bear. 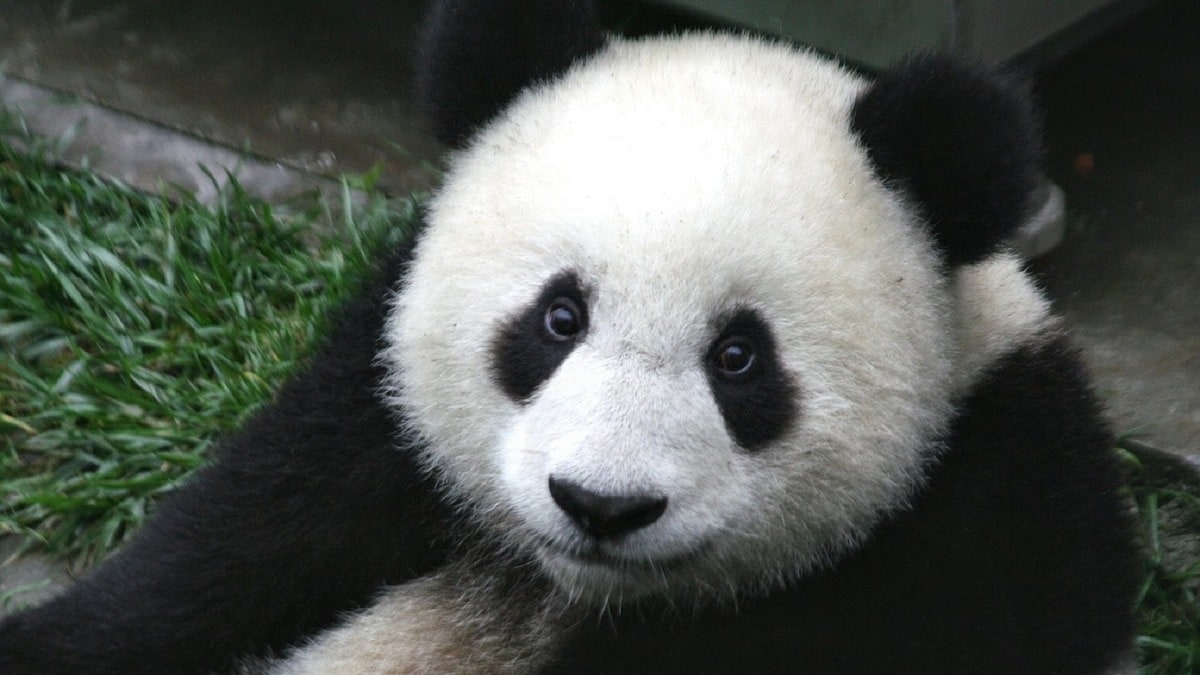 Can't tell Bei Bei apart from Bao Bao? Fear not. Chinese tech whizzes, who already have perfected facial recognition technology for humans to frightening levels of accuracy, have now come up with an app that can tell one white-faced, black-eyed bear from another.

"You no longer need to worry about making the pandas angry by calling them by the wrong name," the Chengdu Research Base of Giant Panda Breeding wrote on Weibo, the Chinese version of Twitter, as it announced its new "giant panda facial recognition" app.

Visitors to the panda base in the Sichuan capital of Chengdu, one of China's top tourist attractions, will be able to scan the panda's face with the mobile app to get information about each individual bear.

"It's good news for those with 'face blindness' for giant pandas," the research base said, apparently without irony, in its statement announcing the breakthrough.

The panda facial recognition technology is the result of two years of research and the analysis of about 120,000 images and 10,000 video clips of the monochromatic furballs. Scientists at the Chengdu base and Sichuan Normal University, with help from Singapore Nanyang Technological University, have created a database containing 10,000 marked and annotated panda photos.

It's not just a gimmick for tourists, though. Researcher say the technology will help them analyze data on pandas both in captivity and the wild.

"The app and database will help us gather more precise and well-rounded data on the population, distribution, ages, gender ratio, birth and deaths of wild pandas, who live in deep mountains and are hard to track," said Chen Peng, a researcher who co-authored a paper on "Giant Panda Face Recognition Using Small Database."

"It will definitely help us improve efficiency and effectiveness in conservation and management of the animals," Chen told the Xinhua state-run news agency.

Police picked a wanted fugitive out of a crowd of 60,000 people at a pop concert in the city of Nanchang last year. In the city of Zhengzhou, billboard-size screens show the faces and ID cards of jaywalkers.

Some public restrooms in Beijing use facial recognition to limit the amount of toilet paper dispensed to each person, while a KFC outlet in Hangzhou has rolled out a "Smile to Pay" system, the South China Morning Post reported.

China's aim is to build a system that can recognize all 1.4 billion of its citizens within three seconds and with a 90 percent accuracy rate.

Although the rationale is the same - it's all about looking after people, or pandas, the authorities say - the endangered bears are probably less likely to worry about being shamed or having their privacy violated.

There are 548 pandas in captivity, according to Xinhua, and fewer than 2,000 live in the wild, mostly in the provinces of Sichuan and Shaanxi.

Two pandas arrived in China from the San Diego Zoo last week after the zoo's deal reportedly expired. Twenty-seven-year-old Bai Yun, who had lived in San Diego since the age of 4 and whose name means "White Cloud," and her 6-year-old son, Xiao Liwu or "Little Gift," arrived in Chengdu last week, the research base said.

They will be isolated for a month to help them adapt to their new environment, the base said.

There had been speculation that the pandas were recalled as part of the trade war between the United States and China, which has escalated again in the last month. But Chinese media flatly rejected that, saying that the lease period had just expired.