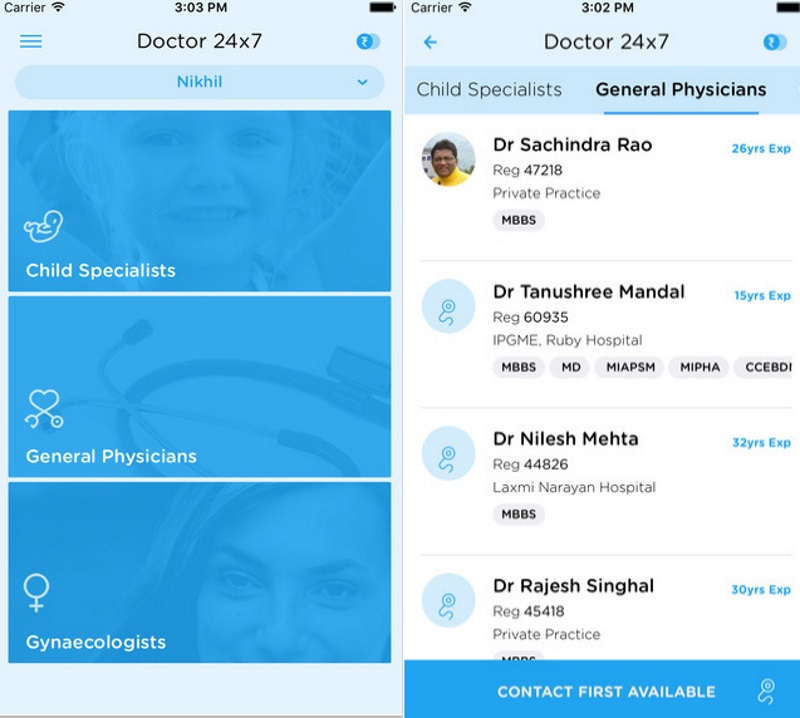 A mobile app service will offer 24x7 medical advice for the next ten days for the people of flood-ravaged Chennai.

"As a service toward society we will offer unlimited free expert doctor's advise from our app," Doctor 24x7 founder and CEO Aloke Malik said in Kolkata on Monday.

"With improvement of weather conditions in Chennai, we think there will be a spurt in the need for general medical advice, but availability and approaching a local doctor will be critical and in this situation at least some advise from doctors will be of great help," Malik said.

Doctor 24x7 is an app which offers round-the-clock expert medical advice on smartphones. The system is based on aggregator model and a person is connected to the next available doctor who could be outside from the caller's city.

Currently, there are a few digital doctors' service, but those are available via text messages. Doctor 24x7 connects with doctors for a live call without any appointment or text messages, Malik said.

Doctor 24x7 was unveiled last August to tap a potential market of $6 billion, which was based on 250 million smartphone users by 2016.

The app has so far received 20,000 downloads and even from several small towns also, Malik added.

Android 6.0.1 Marshmallow Update Rolling Out With New Emojis and More
Teaching Computers How to Give Cricket Commentary