Byju's declined to disclose details on the fundraise, a person familiar with the matter said it's around $200 million. 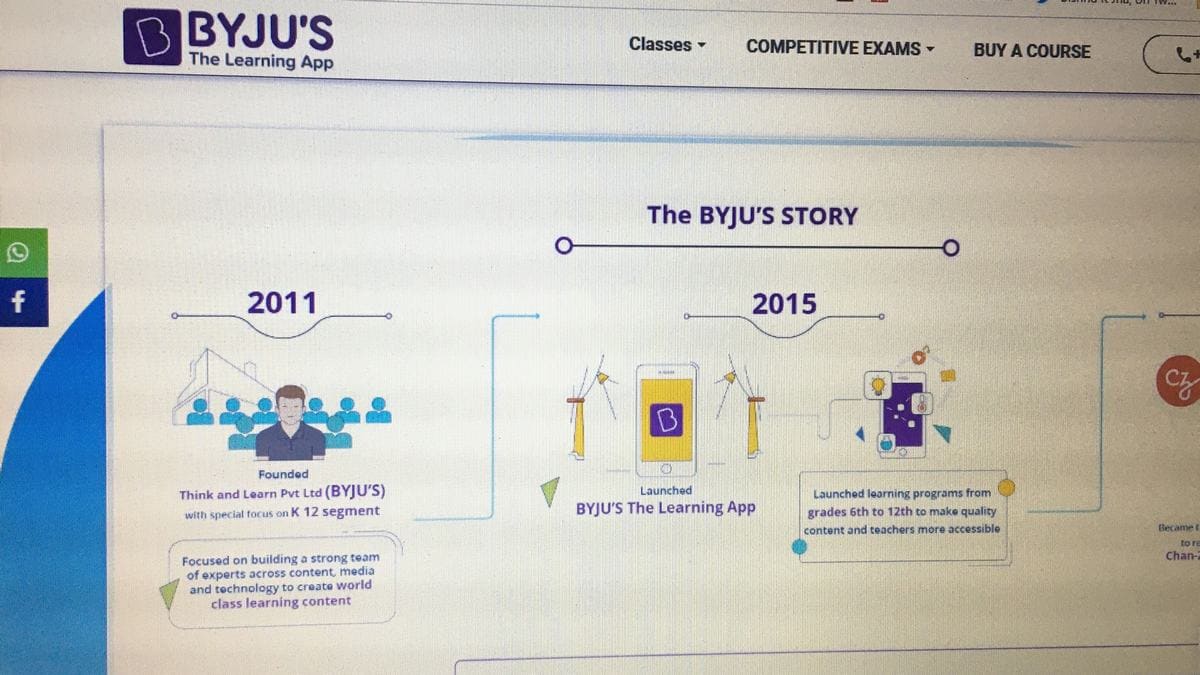 Byju's, launched in India's tech hub of Bengaluru in 2015

Byju's, which offers a mobile app that tutors children, said on Friday is raising an undisclosed sum from US investment firm Tiger Global Management as it looks to fund an expansion into vernacular languages and online teaching.

A person familiar with the matter said Tiger Global is investing $200 million (roughly Rs. 1,400 crores) and the round values the startup at around $8 billion.

Byju's declined to disclose details on the fundraise.

The startup was valued at above $5.5 billion in July last year after a $150 million investment from the Qatar Investment Authority.

"Byju's ... (is) pioneering technology shaping the future of learning for millions of school students in India," Scott Shleifer, partner at Tiger Global, said in a statement.

Byju's, launched in India's tech hub of Bengaluru in 2015, said it had tripled its revenue to Rs.1,480 crores in the year to March 2019, turning profitable "on a full-year basis".

The company expects to double its revenue in the current financial year, and had last year introduced a new learning app for children in the 6-8 age-group in a partnership with Walt Disney.