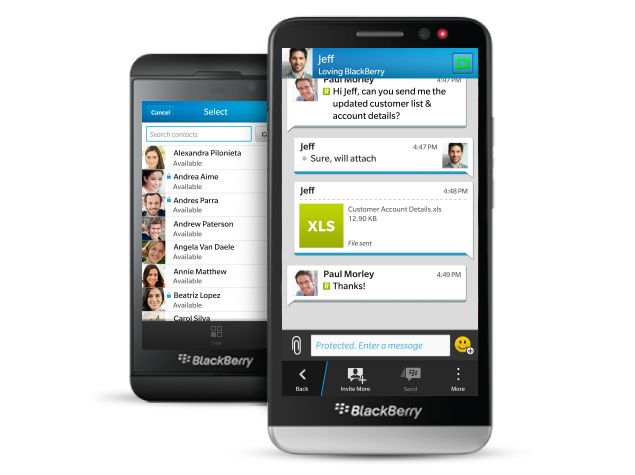 BlackBerry on Monday announced the availability of BBM Protected, the first solution in the eBBM Suite for secure enterprise-class messaging.

The eBBM Suite is a new family of BBM products and services built for business that according to BlackBerry brings together the 'convenience and usability of BBM' with the 'additional security and compliance' required by enterprise customers.

Back in May, two leaked videos of BlackBerry's Jeff Gadway, Head of Product Marketing for BBM, making a presentation about eBBM had indicated that one of the versions of the product (BBM Protected for BBOS 6+ and Regulated BB10.2+ activations) would be launched in June, while also detailing other versions.

BlackBerry's eBBM Suite is said to include new services designed to enable mobile workers to be more productive on the go, while meeting enterprises' needs for security, manageability and control. BlackBerry says the first product in the eBBM Suite, BBM Protected (first announced at MWC 2014), is being delivered ahead of schedule.

"We've been testing BBM Protected on behalf of our customers and have been impressed so far," said Zekeria Oezdemir, Technical Director of NovaLink. "BBM Protected is the ideal solution for our banking and insurance customers who have increased security needs."